Expanding the detection and quantification of contaminants in food samples

Monitoring contaminants in seafood samples is crucial, but developments in regulations and marine feed mean the situation is constantly changing. Tania Portolés explains her work at the Research Institute for Pesticides and Water (IUPA), Spain, in ensuring food security in such samples. 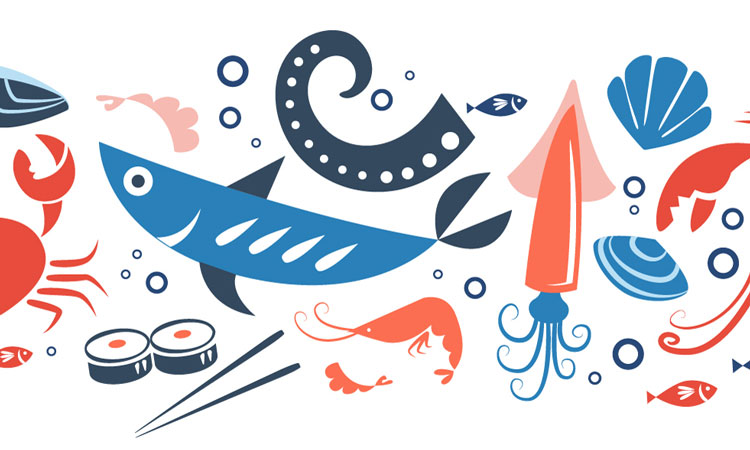 Food contaminants are chemical substances that have been non-intentionally added to food or feed and can accumulate in the food chain through various stages of production, processing, transport or environment.

The European Union has limited and prohibited the use of many contaminants in order to prevent health problems. Monitoring these contaminants in food samples is therefore crucial to ensure that the levels do not exceed the permitted concentration.

The need for contaminant detection

BFRs are man-made chemicals that are used by manufacturers to reduce the flammability of products such as plastics, furniture and electrical equipment. These harmful compounds leach into the environment and pollute the air, soil and water through waste, residues or discharge from the factories that produce them.1 As a result, the use of certain BFRs is banned or restricted.

When the contaminants reach the marine environment, they enter the food chain when they are consumed by fish and shellfish. BFRs cannot be excreted because they are lipophilic substances and, as a result, bioaccumulate in the food chain. This means significant levels can be present in seafood destined for consumption.

PCBs were also widely used in a range of industrial applications until they were banned in most countries in the 1980s, but they can still be found in humans and animals today. At high levels, they are toxic and can cause health problems including carcinogenesis, endocrine disruption and neurological problems.2

PAHs originate mainly from anthropogenic processes, particularly from incomplete combustion of organic fuels.3 PAH exposure and its effects on human health have also been the focus of many studies. Some PAHs have been shown to be carcinogenic and mutagenic. The scope of monitoring and regulation of PAHs is under constant change by advisory bodies such as the World Health Organization (WHO) and the European Food Safety Authority (EFSA).

At the Research Institute for Pesticides and Water (IUPA), University Jaume I in Spain, the aim was to develop advanced analytical methodology to improve the monitoring of compounds in food samples. An innovative method was developed using atmospheric pressure gas chromatography (APGC) that is very effective for identifying and quantifying contaminants.

Traditionally, electron ionisation (EI) has been used as an ionisation technique to determine BFRs and other persistent organic pollutants. However, one of the drawbacks of this technique is extensive fragmentation and the specific molecular ion is either not present or has a low intensity. This lack of specificity makes the identification of these compounds difficult and can also reduce the sensitivity.

To overcome the limitations of EI ionisation, IUPA is utilising a new chemical ionisation source – atmospheric pressure gas chromatography (APGC) – that results in a ‘soft’ ionisation process. The increased sensitivity enables quantification and confirmation of trace components at lower levels in the most complex samples.

Tania Portoles and her team at IUPA, Spain

APGC was used to develop and test a method that would increase the number of contaminants detected, at much lower concentrations than previous methods reported, in a variety of food samples.

The method uses gas chromatography coupled to a tandem quadrupole mass spectrometer with an atmospheric pressure chemical ionisation source (GC-APCI-MS/MS). The method is based on a modification of the unbuffered QuEChERS method (Quick, Easy, Cheap, Effective, Rugged and Safe).

In this work, IUPA collaborated with the Institute of Aquaculture Torre la Sal in Spain and the National Institute of Nutrition and Seafood Research (NIFES) in Norway, and used the Waters Xevo TQ-S with APGC for GC-MS/MS analysis of polyaromatic hydrocarbons (PAHs), polychlorinated biphenyls (PCBs) and pesticides in 19 different matrices – including fish tissues, feeds, and feed ingredients.4

The carcinogenic ‘heavy’ PAHs (> 4–6 rings) have received special attention with regard to food safety. Studies related to plant oil PAH contamination, however, mainly focus on ‘light’ (2–4 rings) PAHs such as fluoranthene, naphthalene, anthracene and phenanthrene, as they are most dominantly present in unrefined plant oils. These light PAHs are also on the US EPA (Environmental Protection Agency) list for environmentally relevant PAHs but are mostly not carcinogenic and genotoxic.

In addition to the 24 PAHs, researchers tested for 15 pesticides and seven PCB congeners to widen the scope of the method. The study was to determine trace levels (as low as 0.1 ng/L) of PAHs, PCBs, PBDEs, and some emerging flame retardants.

The team used a total of 76 samples from 19 different matrices. The list contains ingredients from different origins (plant, terrestrial animals and marine) and feeds based on these ingredients (PAPs not included), as well as fillets of Atlantic salmon and gilthead sea bream reared on these feeds.

Analysis of real-world samples revealed the presence of naphthalene, fluorene, phenanthrene, fluoranthene and pyrene at concentration levels ranging from 4.8 to 187 ng g^-1. Studied PCBs, DDTs and pesticides were not found in fillets from salmon and sea bream.

The aim of this work was the elimination of matrix effect. Even so, LOQs of the developed method were 2 ng g-1 for most analytes in the same order or better than those reported in previously published methods for similar matrices showing higher efficiency.

The study concluded that APGC is a robust and sensitive technique able to analyse a broad range of contaminants in several marine-based matrices.^5 The possibility of selecting the molecular ion or the protonated molecule as a precursor ion for MRM experiments provides greater sensitivity and selectivity. This allows for the dilution of the sample extracts and quantification using calibration with standards in solvent, so matrix-matched calibrations can be avoided in some cases.

As a result of this increased sensitivity, IUPA scientists are able to quantify and confirm trace components at even lower levels in the most complex samples. The ability to eliminate the matrix effect thereby eliminates the need for time-consuming purification steps, which provides huge time-saving benefits.

The APGC technique also reduces the cost of tests for contaminants because it is more sensitive and selective. It uses fewer solvents and materials compared with previously used techniques. The ability to determine compounds at a lower concentration allows compliance with regulatory limits and the ability to inject less sample matrix, thus reducing effects of contamination on the GC-MS system and therefore increasing uptime.

A core benefit of the technique is the ‘soft’ ionisation due to the reduced fragmentation for many compounds when compared with techniques such as EI. Reduced fragmentation can give higher sensitivity and specificity, therefore simplifying pre-cursor ion selection in MS/MS analyses.

A soft and reproducible ionisation is favoured in GC, being the protonated molecule and/or the molecular ion at the base peak of the spectrum in most cases. This notably facilitated the application of MS/MS methods (with triple quad or Q-Tof) and also the screening of contaminants, with GC-MS focusing the search to the highly diagnostic molecular ion.

The technique is highly versatile, as it is possible to have both GC and LC coupled to the same mass spectrometer, which is quick and easy to change. Many researchers are interested in understanding more about the capabilities of APGC and collaborative work often enables greater research findings. Low level detection is crucial as researchers are often searching for the unknown in complex and challenging samples.

Ultimately, the research undertaken by IUPA using APGC has yielded very useful information in identifying and quantifying contaminants in food samples. This provides significant scope to improve food security in the area of monitoring pollutants in food and meeting food safety standards.

Dr Tania Portolés is a PhD Researcher at the Research Institute for Pesticides and Water (IUPA), University Jaume I in Spain. The focus of her research is the determination of organic contaminants and residues by GC-MS with a variety of mass analysers in the environmental, food safety and biological fields.

To find out more about APGC, visit http://www.waters.com/waters/en_GB/Waters-Atmospheric-Pressure-Gas-Chromatography-%28APGC%29/nav.htm?cid=10100362&locale=en_GB

A case study discussing the IUPA and Waters Partnership is available to download at: http://www.waters.com/waters/library.htm?lid=134968887