Pleasing potential for the pea industry

The UK vining pea industry faces uncertain times in the coming years. The challenges will come in the form of crop protection issues, market imports, and industry support, among other matters. Coral Russell, Crop Associations Manager for the British Growers Association, suggests that Brexit may provide an opportunity to help combat these vast challenges; by maximising the UK’s ability to produce peas growers can gain a greater share of the UK market and potentially create further export markets. 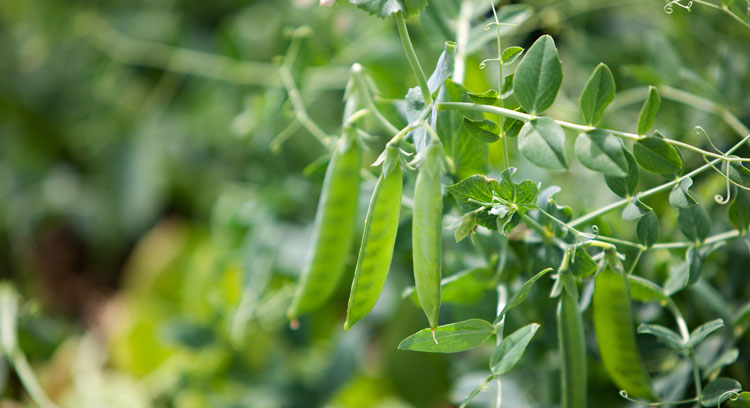 The UK is the largest producer of peas for freezing in Europe, growing around 35,000 hectares-worth – the equivalent of 70,000 football pitches. The UK pea is produced predominantly along the east coast of the country where the warmer drier climate is suited to pea production. Naturally, the processing area has also been geographically aligned to this easterly producing area.

Peas are drilled in the spring – the dates being governed by the factory processing requirements, which ensures that the factory runs at optimum capacity during the harvest season. However, the growers have to contend with the ever-increasing volatility of the UK weather patterns, which can disrupt the crops’ planned growth and cause havoc in the harvesting times.

The UK pea market is worth £272m, which accounts for both frozen fresh and canned.1 The market value for frozen had been dropping over the last three years, however we have seen a small rise in the year-on-year value, and indication of market recovery. Yet the industry is not content to ‘stand still’ and behind the scenes has launched a campaign to ensure that future pea consumption is maximised and it comes in the form of ‘Yes Peas!’

The aim of the Yes Peas! campaign is to encourage consumers to include peas in their daily eating habits. Funded by growers, processors and members of affiliate industries, the initiative has been driven by Hatch Communications, Stephen Francis, Fen Peas, and other industry representatives who have taken the campaign from strength to strength.

Celebrity chef Rachel Green is the ambassador, creating and promoting inspiring recipes that are circulated to the general public on the Yes Peas! website and promoted daily via Twitter and Facebook. The enterprise uses social media as well as promotional campaigns to educate the general public about the nutritional benefits of peas, and also inspire them to use the legumes in their everyday cooking by suggesting exciting and innovative recipe ideas. 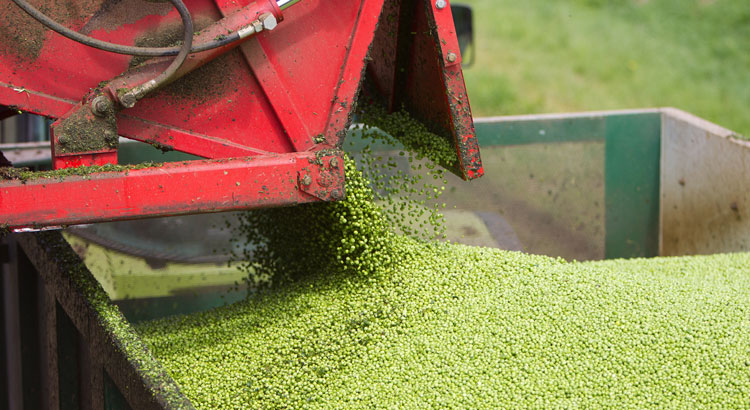 In the future, pressures on food production will continue to increase worldwide. However, in the UK the drive for protein sources will hopefully ensure peas remain firmly on people’s plates. An 85g serving of cooked peas provides 50 calories and four grams of protein2, which is around seven per cent of the daily requirement (based on an average male).

The UK market looks to be a pleasing prospect for the industry, with nearly 35,000 tonnes of peas imported into the country at present. With rising exchange rates and Brexit potentially making imports more difficult, there is a real opportunity for the UK industry to sell more British peas to British consumers.

In order to produce the tonnages required for the future population, the industry will need to overcome several hurdles. Firstly, issues surrounding crop protection are a major concern for growers, as the continuous withdrawal of active ingredients makes the control of weeds, pests and diseases more difficult. There is a horticulture industry-wide Loss of Crop Protection Actives group which seeks to agree courses of remedial action where possible to address the issues both long- and short-term following the withdrawal of plant protection products.

A particular focus for UK growers in the coming season will be the restrictions that have been put in place on the use of Wakil XL. This product protects against downy mildew and without its use UK growers could be faced with reduced yields. Although the product has received a new licence, it restricts the period when Wakil-treated seed can be planted to after 1 April, when many crops have already been drilled.

As well as ensuring that crop protection is in place for the UK pea producer, another concern for growers is that of support. Under current EU legislation many UK pea producers operate through a Producer Organisation scheme (PO) supported by the EU Fresh Fruit and Vegetables Aid Scheme.

The match-funding grant aid allows the growers to innovate while maintaining investment with reduced risk. In an industry where margins are typically low, the PO scheme has helped sustain large sections of UK horticulture. As the UK prepares to withdraw from the EU and the associated funding scheme, the UK’s POs are keen to pursue a UK-based scheme with similar principles, allowing future development of the industry and ensuring that UK producers are not at a disadvantage to our EU competitors.

Although UK pea growers will not feel the immediate effects of the impending labour shortage – as they predominately look to recruit the same staff year after year, generally from the surrounding arable industries – the effects felt in the horticultural industry will resound through the pea sector.

William White, NFU Regional Director, says: “Labour may rival weather as the biggest challenge to growers in the future.” It is of no doubt that the waves caused by the labour shortage will affect the industry in some way.

The challenges and opportunities for the vining pea industry have been highlighted in a report launched by British Peas and Beans and British Growers at the UK Vining Pea and Bean Industry Conference held in Peterborough. The ‘UK Vining Report 2017’ provides a comprehensive review of the way the industry operates in the UK at present, as well as its future prospects.

The report makes it clear that there are a number of challenges on the horizon and these include the issue of crop protection, as outlined above. An Andersons’ report on the issue, published in 2014, highlighted the British Pea as a ‘high risk’ crop.

However, the report also stresses the existence of future opportunities. The UK vining pea industry is a world-class, globally competitive industry and with support the sector will continue to develop and prosper. 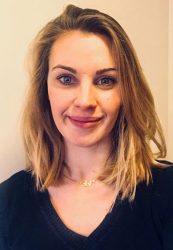