Healthy food? It’s out of reach for most of us

A healthy diet is often financially out of reach for consumers. We spoke to Oppo Ice Cream about why the #DontTaxHealthy campaign is so important… 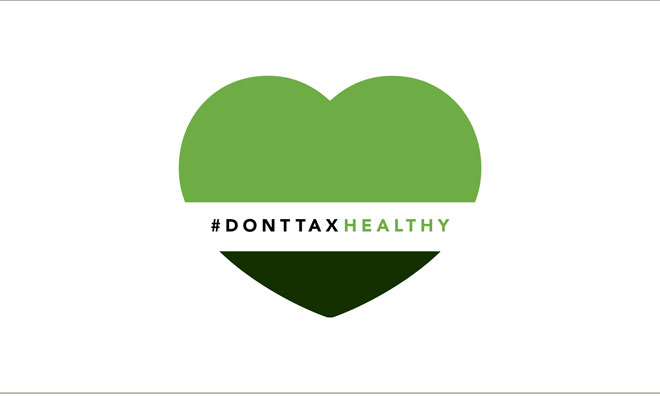 In this article, we asked Oppo Ice Cream, made with fresh milk, virgin coconut oil and stevia leaf at just 40 calories a scoop, why they believe so strongly in the #DontTaxHealth campaign… This is worrying. We know that obesity is associated with a wide-range of health problems including diabetes, certain cancers and heart disease. And along with poor health, we’re placing unprecedented strain on our economies; it’s estimated that the obesity crisis is directly costing the UK economy £27 billion per year.

You’re not alone if you’re finding this baffling. Whilst millions suffer from undernourishment, the developed world seems to be struggling with the luxury problem of abundance. Consumption habits across Europe are not only failing to nourish us, they’re actively damaging our health. Healthy food and drink is available, it’s just that we’re consuming too much of the wrong stuff.

We need to change this. The question is how?

In March 2016, the UK government announced plans to introduce a new levy on sugary drinks. Dubbed the Sugar Tax and due to come into force in 2018, sugar-sweetened drinks (excluding fruit juices and milk-based drinks) with more than 5g and 8g of sugar per 100 millilitres, will be levied at 18p and 24p per litre, respectively.

Hailed by campaigners such as Jamie Oliver, the UK government argue that by increasing the cost of sugary drinks this will discourage their purchase. Well, maybe. Similar levies have failed to reduce consumption; Denmark’s ill-fated Fat Tax is such an example. Time will tell.

But regardless of whether the levy will or will not reduce consumption of sugary drinks, the real question should be whether or not the levy will encourage healthier eating habits. It is here that the UK government have failed to grasp the problem. The problem is not that people are choosing to consume the wrong foods and drinks, but rather that they can’t afford to consume anything else. In January 2017, we released YouGov research which shows that:

It’s clear. Price is a barrier to a healthy diet.

What’s also clear is that increasing the price of certain high sugar products to discourage their purchase will not and cannot solve this root problem. Policy makers seem wedded to looking at the problem of excessive sugar consumption from the wrong angle.

Here at the #DontTaxHealthy campaign we have a practical and workable solution which will reduce the nation’s sugar consumption. We’re petitioning the UK government to cut VAT to the reduced rate of 5% on all lower sugar food and drink.

It’s clear. Price is a barrier to a healthy diet…

Now, fruit, veg and staples are currently VAT zero-rated, but these aren’t the foods which are being consumed in excess and which are causing the obesity crisis. It’s products such as confectionery, ice cream and sugary drinks that are being consumed in excess, that are propagating the obesity crisis,  and that are all VAT standard-rated. We need to work with people’s eating habits and open up access to the more expensive but lower sugar options in these categories. This will bring hundreds of lower sugar products into price parity with their ordinary counterparts and crucially, will scrap the price barrier which so many of us face. Created by the founders of OPPO, a UK-based healthy ice cream company, and Sugarwise, the new certification for lower sugar food and drink, #DontTaxHealthy has already received over 3500 signatures and the support of over 50 brands across the food, health and wellness industries, along with the National Obesity Forum.

Join us today by adding your signature to our petition. Find out more and how to do so at www.donttaxhealthy.org.

Research was conducted by YouGov Plc on behalf of #DontTaxHealthy. Respondents were asked about their attitudes towards food / drink products marked as ‘healthy’ (e.g. lower in sugar, higher in fibre, added vitamins etc.). Research was conducted online between 16th – 19th December 2016 with 2055 adults and the sample has been weighted to be representative of all GB adults (18+). One response to “Healthy food? It’s out of reach for most of us”