The gluten-free diets: Fad or fact?

Gluten-free food is one of the fastest growing sectors in the food industry, and is showing no signs of stopping. We ask, is it all just one big fad…? 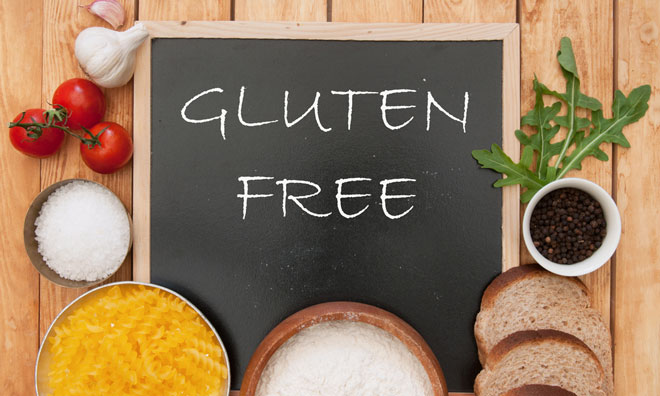 Gluten-free food is one of the fastest growing sectors in the food industry, and is showing no signs of stopping according to a recent study by Transparency Market Research which projects the gluten-free food segment to reach $4.89 billion by 2021, growing at a CAGR of 7.7 percent. Mintel research showed that 12% of new food products launched in the UK in 2015 were gluten-free, compared to 7% in 2011. Waitrose reported a 25% increase in sales of gluten-free kitchen cupboard staples over the past year and a staggering 105% increase in gluten-free frozen foods over the same time period.

So are gluten-free diets good for us?  Or is it just another health fad that will soon blow over?

Coeliac disease is a serious condition. Affecting approximately 1% of the population, it is one of group of conditions that are called “autoimmune conditions”.  In autoimmune conditions, the body’s immune system recognises a part of itself as a foreign object and starts attacking it. In the case of coeliac disease the target is the finger-like projections of the small bowel called “villi”, and this process is mediated by the injestion of gluten. Villi massively increase the surface area of the small bowel, consequently, if the villi are destroyed so is the potential for the body to absorb nutrition resulting in profound weight loss. Coeliac disease can be diagnosed by the presence of antibodies in the blood of symptomatic individuals whilst they are consuming a diet containing gluten. The only treatment is complete exclusion of gluten from the diet.

“Why is it that an estimated 15% of UK adults and an astonishing 29% of US adults are trying to avoid gluten?”

There is another, less serious, condition called wheat allergy where sufferers experience breathing difficulties or rashes after injestion of wheat.  This condition is rarer than coeliac disease, affecting only an estimated 0.2% of the population, and can by easily diagnosed by a blood test coupled with a “skin prick test” where a very small amount of wheat is injected into the skin and it is observed to see if any reaction develops.

So, with coeliac disease and wheat allergy affecting only 1.2% of the population, why is it that an estimated 15% of UK adults and an astonishing 29% of US adults are trying to avoid gluten?

There is undoubtedly an element of the celebrity culture that contributes to the take-up of gluten-free diets with well-known endorsers including Miley Cyrus, Victoria Beckham and Gwyneth Paltrow.

Novak Djokovic attributes the change in his sporting success to the exclusion of gluten from his diet. In his 2014 book Serve to Win, he describes the moment that his nutritionist made him hold a piece of bread against his stomach with his left hand whilst he pressed down on Djokovic’s outstretched right arm. Djokovic was allegedly much weaker when holding the piece of bread than when the experiment was repeated without the bread. Whilst most of us might worry for Djokovic’s sanity, Djokovic cites this as proof that gluten is bad for him. Many adults believe that a gluten-free diet equals a healthy diet, but in fact excluding gluten for no reason is probably the opposite of healthy. A regular biscuit might contain 70 calories. The removal of gluten necessitates the addition of alternative ingredients for palatability, usually additional fats and sugars.  Consequently, an equivalent gluten-free biscuit might contain up to two to three times as many calories.

More seriously, excluding gluten unnecessarily might lead to sub-optimal nutrient intake as we all need carbohydrates as part of a healthy balanced diet and gluten-restriction might inadvertently lead to carbohydrate-restriction.

The gut hosts as many as 1,000 species of “good” gut bacteria that are important for maintaining general health. Gluten-free diets have been shown to deplete some of these bacterial species and it has been postulated that this could lead to the development of disease in a healthy individual.

Quite apart from the health implications, in this era of “food poverty”, attempting to follow an unwarranted gluten-free diet can be an expensive way of shopping.  Tesco’s gluten-free penne pasta costs £1.20 for 500g, compared to 59p for it’s regular penne pasta. Not forgetting none of the leading supermarkets’ basics brands are made to be gluten-free. 500g of Tesco’s Everyday Value penne pasta is only 30p – a quarter of the cost of the gluten-free alternative.

It also escapes the notice of many gluten-free enthusiasts that nature provides many cheap gluten-free carbohydrates such as potatoes, rice and porridge oats, thus negating the need for purchasing expensive gluten-free products.

The most compelling reason for following a gluten-free diet is those people who report symptoms, both abdominal symptoms such as abdominal discomfort, bloating and diarrhoea as well as other less-specific symptoms such as fatigue, decreased sense of well-being and “foggy mind”, which they allege improve on exclusion of gluten from their diet.  This concept has gained popularity within the medical community and indeed a new medical term “Non-Coeliac Gluten Insensitivity” (NCGI) has been coined to describe this phenomenon.

“500g of Tesco’s Everyday Value penne pasta is only 30p – a quarter of the cost of the gluten-free alternative.” Infographic courtesy of The Hartman Group

One of the largest studies enrolled 140 participants who reported symptoms of NCGI. In Phase 1, all participants were fed a gluten-free diet (completed by 134) and only 101 reported an improvement in their symptoms. Of these 101, 98 went on to participate in Phase 2: the double-blind, cross-over, randomised controlled trial. Of these 98, only 14% reported improvement in their symptoms whilst on the gluten-free arm of the study, a result that one might hypothesise could be achieved by chance alone.

Potentially the most striking feature of the trial was the 33 participants (25% of those that completed Phase 1), who described themselves as having features of NCGI, who whilst knowingly following a gluten-free diet did not report amelioration of their symptoms.

So why do people report improvement of their symptoms whilst following a gluten-free diet?

It is possible that these people are not just following a gluten-free diet, but looking at their diet more generally, potentially increasing their fruit and vegetable consumption and cutting down on processed foods and it is all these changes together that contribute to their increased sense of well-being and resolution of their abdominal symptoms.

It is unlikely that the popularity of gluten-free products will wane any time in the near future, but perhaps think twice before you reach for that box of gluten-free biscuits…

3 responses to “The gluten-free diets: Fad or fact?”