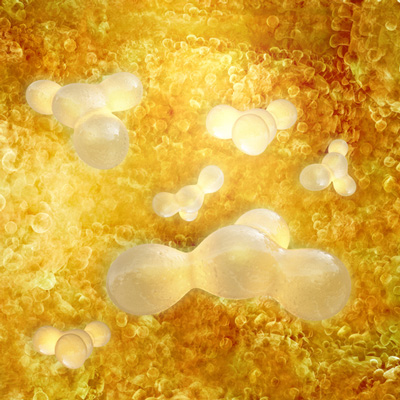 In the Rhyme of the Ancient Mariner, one reads about Water, Water Everywhere. In the food industry one of the compound classes of concern is fat; whether that be a product developer, analyst, regulator, attorney or consumer – each of these groups have a different perspective on this topic. For example, a trip through the market will showcase a number of products labelled as fat free, low fat and reduced fat but what does this mean? The term fat free could mean different things in different countries. Using milk as an example, whole milk has a fat content of approximately 4% but one can also have 2% and skimmed at 1% with numerous other examples. This article will focus on the analyst and, as the title suggests, be a primer of sorts as there are already volumes written on the topic. In the class of assays being labelled as ‘food omics’ there is a subclass called lipidomics focusing on the relationship between analytes and other components of the system. Space requirements will not allow that topic to be discussed here so we’ll save it for another time.

One of the first items to cover is the definition of the target, fat. What is fat? Is fat any different from lipid? What compounds are included? There is a standardised lexicon defining the category, but first it seems appropriate to describe some rather straightforward definitions. The terms fat and lipid tend to be used interchangeably with the term fat being used to describe those compounds that are solid at room temperature while lipids tend to be insoluble in water and soluble in a variety of polar and nonpolar organic solvents, ranging from chloroform and hexane to methanol. As there are numerous lipid classes with differing solubility, the differences can be exploited in preparing samples for subsequent analysis especially for HPLC or GC. An example of lipid classes can range from simple to complex starting at, simple, fatty acids, through triglycerides to lipoproteins, which are lipids complexed with proteins. In food analysis, the lipid composition can be complex so it is critical to have a target, whether it be total fat for nutritional labeling or the amount of phosphatidyl choline.

The reasons for fat analysis can range through a spectrum with a partial list as follows: legal, food quality, adulteration, process monitoring, and economic. As mentioned earlier, there are legal definitions for terms such as ‘fat free’ with the term supported by a particular assay. Food quality is an all-encompassing term with organisations requiring assays to verify the ingredient identity. Unfortunately, one of the more compelling reasons to perform fat determinations is to assess adulteration. An example might be the substitution of a lower quality and lower cost fat in an ingredient or product. As products go through a processing stream, so ingredients can be altered via high temperatures, increased pressures can affect the final product. The final of the examples given is economic, which can impact many of the reasons given as economic is a component of adulteration. There is even a subclass of adulteration called EMA, Economically Motivated Adulteration. The adulteration of milk with melamine is one of the most striking examples of EMA. Milk is a target for Economically Motivated Adulteration (EMA).

Before starting an analytical protocol, the analyst should as a minimum address the following questions: Does the sample represent the food of interest? What is the need for the assay? What technique should be used? For example, in the case of nutritional labeling, the number of samples to be collected is specified, as is the manner in which they are to be prepared – and even the analytical technique to be used. These prescriptive methods leave little room on the method part of the determination. One portion not widely addressed is ‘fit for purpose’ where a sample needs to be homogenous. In the experimental protocol, one needs to be able to ascertain the reason for the analysis. With that information available, one can determine the most appropriate technique for the determination.

When these questions are addressed, there may still be the need for some additional sample preparation. For example, some samples might need to be dried before an extraction step as the solvent of choice may not penetrate the sample leading to an inefficient extraction. There may be the need to reduce the particle size of the sample which can address homogeneity concerns and increase surface area for better extraction. In some cases, depending on the compound of interest, an acid hydrolysis step might be necessary, especially in the case of lipids complexed with proteins, lipoproteins or carbohydrates, glycolipids.

A final and critical item of concern is the choice of solvent which could be determined by the compound of interest. In the case of a determination of total fat, one might use a number of solvents including chloroform, hexane or pet ether, or a solvent mixture such as the Filch Reagent which is a 2:1 (v/v) mixture of chloroform and methanol. There is not one universal solvent with the choice being a prescriptive solvent, a solvent obtained from the literature or one based on the knowledge of the researcher. In addition to the choices mentioned here, there continues to be interest in alternative techniques such as SFE (Supercritical Fluid Extraction) and PLE (Pressurised Liquid Extraction). SFE is a well-established technique that has seen sporadic use. It uses a supercritical fluid to perform the extraction. The primary fluid is carbon dioxide – which, under elevated temperature and pressure, becomes fluid –  and some selectivity can be achieved by the addition of modifiers such as methanol or ethanol. While carbon dioxide is a primary solvent used, water can also become a supercritical fluid. Lipoprotein – a lipid complexed with proteins.

Furthermore, the SFE technology has been used to extract other compounds of interest from food and as a substitute for the gravimetric Soxhlet method for total fat, replacing potentially toxic solvents with carbon dioxide. Pressurised Liquid Extraction is another relatively mature technique that was commercialised as the ASE (Accelerated Solvent Extraction) and uses elevated temperature and pressure to perform a general fat extraction or through the choice of solvents, a selective fat extraction. With respect to selective extraction, there are many other supplemental techniques that can be used including SPE (Solid Phase Extraction) and MSPD (Matrix Solid Phase Dispersion).

This article has provided some initial perspective into a complex topic with one of the takeaway lessons being that lipid analysis is not a ‘one size fits all’. There are many considerations and choices to be made, including the reasons for the assay and sample requirements.