In this opinion piece, market analyst David Cheetham discusses how the food industry might be affected by Britain voting to leave in the EU referendum… 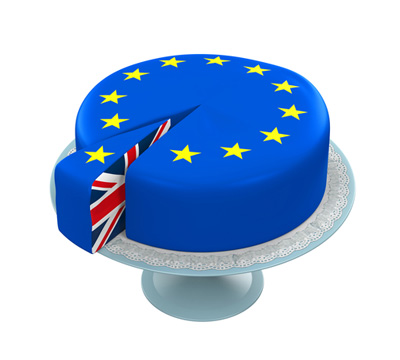 The forthcoming EU referendum could prove little more than an appetiser for what lies ahead if Britons decide to end their existing relationship with the 28-member body.

It’s difficult to say with any degree of certainty how the food industry would be affected by Britain voting to leave the EU, simply because a prevailing leave vote comes with completely undefined conditions. Part of the appeal – or concern, depending on your viewpoint – of a Brexit is that the UK is free to define its own trade regulations, unrestricted by any measures put in place by the EU. But just because the topic at hand may be difficult to digest doesn’t mean we should preclude discussion and analysis of the UK’s appetite for the food industry ahead of the crucial vote.

Firstly, let’s cover a ‘remain’ conclusion briefly. If the status quo comes out on top on polling day – and it should be noted here that this scenario is a reasonably strong favourite amongst bookmakers – it’s fairly safe to assume that the present terms and conditions within this sector will show no material change and therefore the event will have little lasting impact.

Conversely, the possible implications of a Brexit could entail alterations to regulation and many other aspects of the industry such as employment laws, but the most tangible modifications will likely be felt in the terms of trade.

The National Farmers’ Union (NFU) have attempted to quantify the effect on trade that the three most plausible scenarios – in their opinion – would have on the industry.

These three possibilities are:

The biggest effect on imports and exports that these scenarios would have will likely be most visible in the change of existing prices that would arise as a result of the new terms. Two of the three outcomes proposed would see food prices rise: a free-trade agreement with the EU and the implementation of World Trade Organisation default arrangements are forecasted to raise prices by 5% and 8% respectively.

The former is an arrangement along the lines of the one Canada currently trades by with the EU and is an option that has been suggested by Boris Johnson, who is seen as one of the figureheads for the leave campaign. This scenario would, if these predictions prove accurate, be more favourable than the WTO deal. Both these scenarios seem to support the rationale for farmers to leave the EU, while a third scenario of trade liberalisation shows the potential for significant price reductions.

EU prices are currently well above those on world markets which, according to the NFU, is largely due to the average duty rate the the 28-member body applies to agricultural imports from outside the trading bloc being 12.2%. However, this figure is slightly misleading and can vary significantly for certain produce, with cheese and wine imports levied at 30-40% and some meats as much as 70-90%. The impact of lower tariffs could see the price British farmers get for their beef fall by approximately 15%, while poultry prices decline by 7%. By the fundamental laws of economics this would likely see production in these foods fall, therefore decreasing the UK’s levels of agricultural self-sufficiency. This would have a knock-on effect on the trade balance within the industry and see a greater reliance on imports and therefore the country as a whole would experience a heightened susceptibility to exogenous shocks in the price of food produce.

Furthermore, and perhaps the greatest determining factor with regards to the impact on farmers well-being if the UK were to sever its existing relationship with the EU, is that the current level of direct subsidies may come under increased downward pressure. Direct subsidies are a key component of many farmers’ business models, with an average farm receiving at present between €17,000 and €36,000 a year. The threat of a removal of this, which would leave a sizeable hole in their pockets, may be reason enough to swing some to vote to remain with the status quo.