What pasture raised eggs and iPods have in common 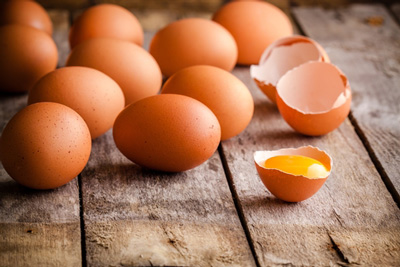 Marketing free range and pasture raised eggs to consumers takes the same essential approach that Apple used to help launch the iPod: In order to sell to people, we have to educate them first. Apple founder Steve Jobs and his team who, as Walter Isaacson wrote in his biography, Steve Jobs, developed “whole new devices and services that consumers did not yet know they needed.” Consumers listening to music on clunky portable players didn’t really know they wanted the iPod—until they understood it was a better choice for portability and a high-quality listening experience. And that has since evolved to the music apps on our iPhones and other mobile devices.

We’re taking the same entrepreneurial tactic with eggs. A recent US Grocery Shopper Trends report shows consumers want food production that involves the humane treatment of animals, which is a core value of egg production at Blue Sky Family Farms. Heightened consumer awareness has prompted companies such as McDonald’s, General Mills, Marriott, Wal-Mart, and many more move to sourcing cage free eggs over the next 5 to 15 years. Bloomberg shared a recent infographic showing the cascade of companies moving to cage free.  We consider this a step in the right direction, but it’s not enough.

There is a higher standard still in the production of what we call “Ethical Eggs for the Humane Race”: Free range or pasture raised eggs, which is 100 percent of the egg production for our Blue Sky Family Farms brand and parent company, Egg Innovations. Emboldened by our entrepreneurial spirit, we’re taking a giant step well beyond cage free because we believe this is what American consumers really want—and soon will come to understand.

The challenge, however, is that labeling in the $10 billion dollar US egg industry can cause confusion for consumers. More than 91 percent of eggs sold in the United States are conventionally mass produced in huge facilities with millions of birds confined for life to cage with less than eight-by-ten inches of space. Now, “cage free” has become the latest buzzword in egg production. But cage free means the chickens spend their lives inside a barn (or aviary), with an average of 1 square foot of space per bird.  What’s more, our new independent survey of more than 1,000 US egg purchasers found that nearly three-quarters (73 percent) did not know that cage free hens spend their lives inside barns and 50 percent said the definition of cage free differed from what they understood it to be.

While it may be an accurate term, we call cage free a misleading claim.

On the other hand, our free range chickens have up to 21.8 square feet of free-roaming outside pasture space, and every pasture raised chicken enjoys more than 108 square feet of outside pasture space year-round. With room to roam, free range and pasture raised chickens can engage in natural behaviors like foraging, scratching, dust bathing, flapping their wings, and interacting socially. In other words, these production practices let chickens be chickens.

All that freedom makes chickens very productive as measured in conversion of tons of feed into eggs; we consistently place above the national average. Our mortality rate is as good as or better than the industry average. (Chickens can be aggressive toward each other, which was one argument for keeping them in cages to control mortality.) And freedom tastes better—or so our customers tell us.

Today’s technology-enabled consumers are smart, but sometimes they need to be educated for a product to catch on. Henry Ford famously said that if he had asked people what they wanted, they would have said a faster horse. They had to learn that “horseless carriage” was what they really wanted. But Ford had to show them first.

My family has been farming for three generations. We became early adopters of cage free production, and then kept pushing for better farming practices until we went completely free range three years ago. Last spring, we built our first pasture-raised operation. Today we are the largest producer of 100 percent free-range and pasture-raised eggs in the country, for retail (table eggs), food service, and products containing eggs. We are proud to uphold the highest Human Farm Animal Care (HFAC) “certified humane” standards for free range and pasture raised eggs.

Pasture raised chickens represent a return to how things used to be done, generations ago when small backyard chicken flocks were quite common. We’ve taken that tradition and applied innovation to achieve something that’s very hot in any business sector, from technology to agriculture: Scalability. We are expanding all our free range operations to a 10-acre specification (21.8 square feet per hen). Our pasture raised operations are on industry leading 50-acre farms in Kentucky (where weather permits the 365 days-a-year outdoor requirement for humane certification). We are the first U.S. company to scale to 20,000 hens in a pasture raised operation.

As we scale production, we’re also ramping up consumer education at a time when animal welfare concerns are driving more purchasing decisions in the grocery store. People need to know that phrases such as “farm fresh” and “all natural,” which may conjure up images of serene farm settings, really have no meaning in terms of human treatment. Our free range with true access to outside pasture space and pasture raised with even greater room to roam on green grass brings those idyllic scenes to life—in a commercially viable, scalable way.

The late Steve Jobs once said: “Be a yardstick of quality. Some people aren’t used to an environment where excellence is expected.”  He may have been speaking about Apple—but we think the same applies to eggs.