Blaming drinks is the soft option 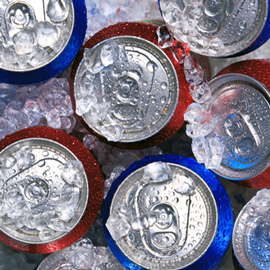 Sugar has been the biggest story over the past year for the food and drink industry, and perhaps even more so for the soft drinks category. The publication of the SACN report and its revised intake recommendations; Public Health England’s sugar reduction evidence review; and Jamie Oliver implementing his own soft drinks tax have all led to sugar being the flavour of the moment for the media but it’s worth remembering that our sector has been taking action in this area for some time. In fact, efforts by soft drinks companies including product reformulation, smaller pack sizes and increased promotion of low and no calorie drinks have led to a 13.6% reduction in calories from soft drinks since 2012 while overall sales increased by 2.5%. This is independent data from Kantar Worldpanel, which is also backed up by the latest Government Family Food Survey (Dec, 2015) which shows purchases of regular soft drinks fell by 32% between 2010 and 2014, whilst low calorie drinks purchases increased by more than a third.

Why have soft drinks been singled out for a tax?

When there is no difference between sugar in soft drinks and sugar in other types of food and drink it is seems extraordinary that soft drinks are singled out for a possible tax when it is the only sector to reduce sugar intake year on year since 2012.

Contrary to claims being made by health campaigners the soda tax in Mexico is not working. According to industry figures the sector saw a 2.5% fall in sales volumes, reducing calorie intake from sugar-sweetened beverages by just 6.2 calories per person, per day. These stats are also supported by data from independent retail analysts, Nielsen, which reports that there has been a sales decline of just over 2%.

Even the modelling study promoted by Action on Sugar and other health campaigners in the UK suggests that a 20% tax on soft drinks would reduce calories by a mere 4 calories per person, per day. Predictably, even when campaigners choose their preferred tax rate the impact on calorie intake is still minimal.

Food taxes have been shown not to work and this is surely one reason why the UK Government has ruled out such a tax, so far. Nonetheless, health campaigners remain persistent as the ultimate goal is funding the NHS or their own charities. For example, in the last few months Jamie Oliver has called for the tax to be spent on education programmes to stop children eating while the Archbishop of Canterbury wants to spend it on giving children more to eat. Plaid Cymru wants to spend it on a 1,000 new doctors although missing the irony that if implemented consumers’ drinking habits will have to remain the same or increase to rely on this sort of funding. Interestingly, not one has said it will prevent obesity and all clearly state it’s not a ‘magic bullet’.

Health Select Committee report did not reflect the evidence

By its own admission the Health Select Committee is merely proposing this tax because it’s an easy to identify category yet there is no evidence worldwide that such a tax has an effect on obesity.

In fact, the most comprehensive study into tackling obesity, the McKinsey Global Institute 2014 report and Public Health England, found that a tax would be much less effective than reducing portion sizes and reformulating products.

For this reason, the soft drinks industry has committed to additional reformulation and increasing the availability of smaller pack sizes to reduce calories by a further 20% by 2020.

The soft drinks industry recognises it has a role to play in supporting public health objectives and the efforts by soft drinks companies so far are already having a positive impact. However, soft drinks contribute just 3% of calories to the average diet so much more needs to be considered rather than political gestures, like a tax on soft drinks.

The causes of obesity are complicated and multi-faceted. Nonetheless, there is widespread consensus that excess weight arises from an imbalance of calories consumed and calories expended.

Research by Cambridge University last year illustrated how sedentary living has reached epidemic proportions. The World Health Organisation reports that just a fifth of 11-17 year olds globally do the minimum recommended physical activity for their age.

We should all be working together to deliver real behaviour change through education, industry efforts, and most importantly, a holistic approach that addresses overall diet and lifestyle. Let’s hope the Government’s forthcoming Childhood Obesity Strategy will reflect this.

One response to “Blaming drinks is the soft option”