Importance of sodium nitrate in the food industry

Love it or loathe it, sodium nitrate serves a valuable purpose in the food sector. Here, Shreeras Shetty puts this compound into perspective… 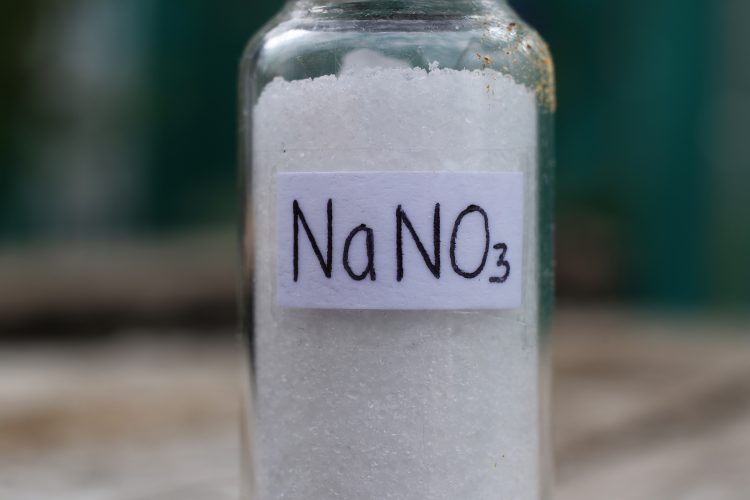 Why do we need sodium nitrate in the food industry?

Most food companies across the globe use additives to maintain freshness and flavour and substantially prolong the shelf-life of various products. This is particularly important to avoid unnecessary wastage of food and protect the investment in making, extracting, or assembling a particular product.

What is it used for?

Sodium nitrate and nitrite are extensively used in the food industry as an antioxidant in meats such as bacon, ham, luncheon meats, deli meat, jerky and hotdogs. They serve an important function for the maintenance of sound health for people who consume meat. Sodium nitrate is remarkable in its ability to prevent the growth of the perilous environmental bacteria Listeria monocytogenes. This bacterium spoils the quality of meat and can also cause illness in certain at-risk populations. Thus, sodium nitrate has considerable preservation effects on detrimental bacteria that spoil the meat. It also blocks the growth of botulism and listeria-causing bacteria that causes unfavourable reactions in the body.

In addition, it is responsible for essentially developing the intrinsic, characteristic cured meat flavour and pink colour. In addition, it restricts the development of rancidity, usually marked by unpleasant flavour or odour, at the time of storing cured meat. These factors are expected to create immense opportunities for the growth of the global sodium nitrate market, particularly in the food industry. According to the report published by Allied Market Research, the global sodium nitrate market is expected to reach $125.1 million by 2030, growing at a CAGR of 4.5 percent from 2021 to 2030. 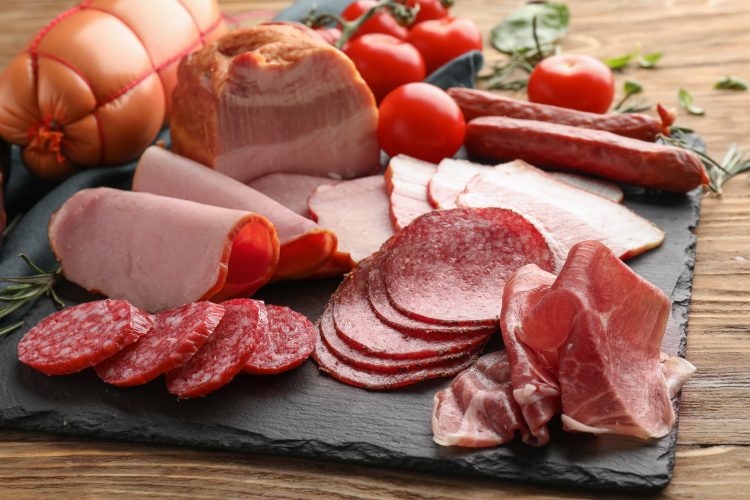 Sodium nitrate is used as an anti-oxidant in deli meats

The dangers of excessive nitrate consumption

There have been numerous speculations regarding the limitations on the use of sodium nitrate across the globe. The application of limited quantities of sodium nitrate is validated by governments, due to adverse health issues. Excessive addition of sodium nitrate as a preservative in cured meats can lead to acute health issues, being associated with an increased risk of cancer, Parkinson’s disease, Alzheimer’s disease, high blood pressure, and others. Excessive ingestion of sodium nitrate is also associated with increased risk of mental impairment, abdominal pain, gastroenteritis, kidney abnormalities, and others. Thus, it is extremely important to limit consumption of sodium nitrate. Nevertheless, its application in cured meats is completely permitted and validated by the US Food and Drug Administration (FDA) due to its valuable role in the preservation of food, especially fish and meat.

Processed meat doesn’t provide us with much nutritional benefit, especially considering its fat percentage. Instead, vegetables are a preferable natural, (sometimes) organic, and healthy source of sodium nitrate. It is abundantly found in plants because nitrogen, an essential component that is necessary for plant growth, is turned into sodium nitrate in soil. Thus, sodium nitrate is absorbed by the plants from the soil in varying amounts. Some prominent vegetables high in sodium nitrate include radish, lettuce, cabbage, beetroot, carrot, spinach, broccoli, celery, onion, garlic, and others. Even fruits have a nitrate content, but the amounts are usually low. Some popular fruits containing nitrate include banana, apple, grapes, watermelon, orange, strawberry, peach, kiwi and others.

According to a study published by  The America Journal of Clinical Nutrition, nearly 80 percent of dietary nitrates come courtesy of vegetable consumption. Thus, getting nitrates from vegetables is considered a far better option than synthetic sodium nitrate preservative from a nutritional perspective. This is due to synthetic sodium nitrate potentially leading to pernicious health problems, while naturally occurring nitrates in fruits and vegetables can provide health benefits . In addition, natural substitutes like leafy greens contain protective components such as fibre polyphenols and vitamin C that prevents the conversion of nitrosamines. Some experts have mentioned that the nitrate acceptable daily intake (ADIs) can be neglected to an extent. They contend that the higher levels of nitrates can not only be safe but indeed advantageous, provided they are derived from vegetables and not processed meats.

Sodium nitrate is essentially a natural component of any diet, but it must not be excessively consumed given its association with high risk of colorectal, stomach, pancreatic, ovarian, oesophageal and thyroid cancers. However, nitrate levels linked with these distressing diseases are difficult to get from natural foods. Hence, nitrates found in fruits and vegetables provide a ton of nutritional benefits.

According to a study provided by New England Journal of Medicine, the dietary supplements of inorganic nitrate can, in turn, lower the blood pressure of an individual. It is important to reduce the intake levels of both nitrites and nitrates that are usually added to food at the time of processing. Thus, it is of paramount importance that people limit the consumption of cured meats such as deli meat, bacon, sausages and others. They should opt for nitrite- and nitrate-free options when it comes to meat. In addition, it is highly advisable for people to maximise their intake of vitamin C and antioxidants. These essential nutrients will prevent nitrates from turning into nitrosamine, an omnipresent carcinogen that is created during the fermentation of numerous foods and tobacco.

Regardless of all the apprehensions concerning the consumption of sodium nitrate, it is extensively used as a powerful preservative for foods, especially fish and meat, to prevent the growth of harmful bacteria that cause spoilage. Given that global meat consumption is expected to erupt due to continued population rises the demand for sodium nitrate in the food industry is expected to grow exponentially in the coming years.

Shreeras Shetty is currently working in the content writing industry and has a Bachelor’s degree in management studies, specialising in marketing. He is passionate about writing and is gaining significant experience in the Market Research Industry.

New England Journal of Medicine, The American Journal of Clinical Nutrition, The US Food and Drug Administration (FDA) 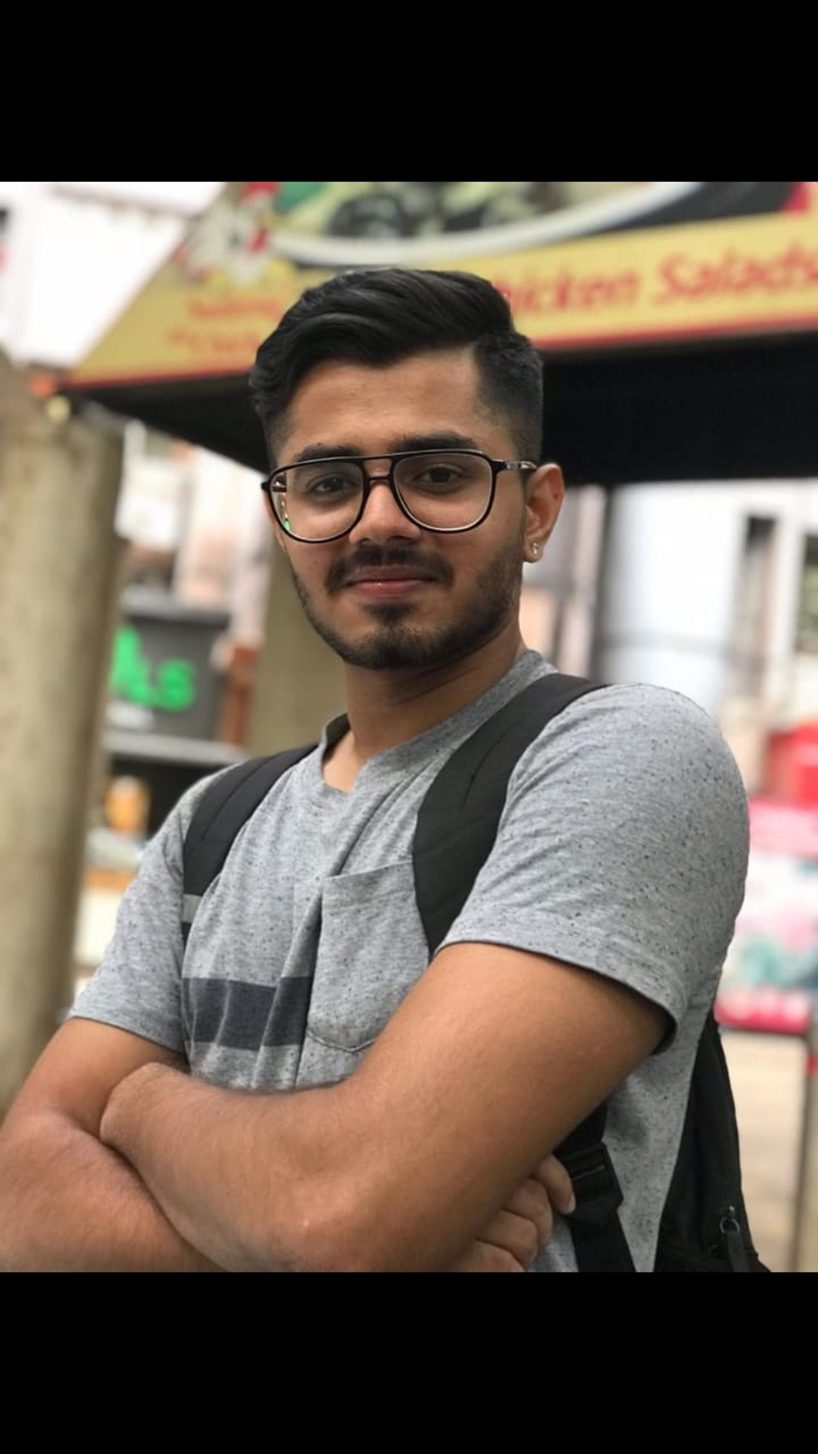 New England Journal of Medicine, The American Journal of Clinical Nutrition, The US Food and Drug Administration (FDA)