Should infant and follow-on formula continue to contain arachidonic acid?

New standards for infant and follow-on formula will be in effect in the European Union which stipulate the obligatory addition of the omega-3 fatty acid docosahexaenoic acid (DHA) at concentrations two- to three-times higher than typically found in human milk. 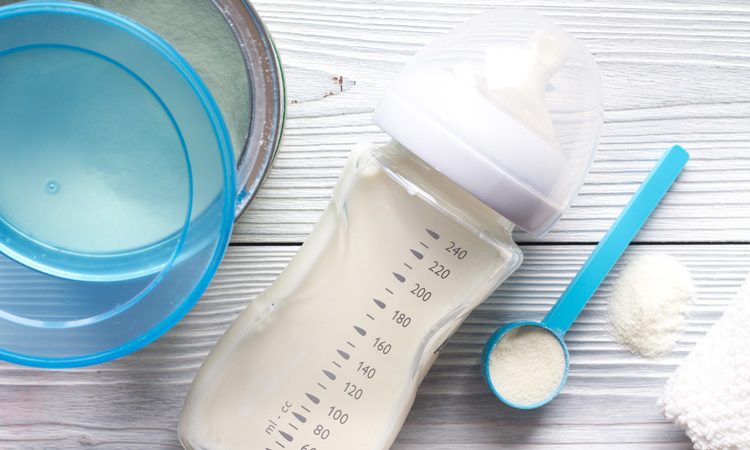 From February 2020 onwards, new standards for infant and follow-on formula will be in effect in the European Union (Commission Delegated Regulation 2016/127). They stipulate the obligatory addition of the omega-3 fatty acid docosahexaenoic acid (DHA) at concentrations two- to three-times higher than typically found in human milk and in DHA-containing infant formula used during the last two decades.

There is no obligation to add the omega-6 fatty acid arachidonic acid, which is also always provided with human breast milk. However, concerns have been raised on this novel composition of formula for infants stipulated by the EU legislation, because suitability and safety have not been established in clinical studies.

The non-profit Child Health Foundation, in co-operation with the European Academy of Paediatrics, held a scientific workshop with international paediatricians, researchers and representatives of parent organisations to explore the related issue. The experts stressed that human breast milk is the first choice for feeding infants. In contrast to the formula composition proposed by the new EU legislation, breastmilk always provides both DHA and arachidonic acid, with mean arachidonic acid levels being higher (0.5 percent of fat) than those of DHA (0.3 percent).

In the infant, these complex fats are deposited in relatively large amounts in the growing brain and in immune cells. Controlled clinical studies compared the effects of infant formulas with different contents of these fats. Formula with high DHA but low arachidonic acid concentrations induced attenuated results of child development tests up to the age of nine years, and it also reduced brain arachidonic acid contents in infant primates.

The conclusions and recommendations of the workshop were published in the American Journal of Clinical Nutrition 2019.