Technology from The Bühler Group now allows for the possibility of transforming a by-product of the pitted olive and olive oil industry into a new, natural, “super” ingredient… 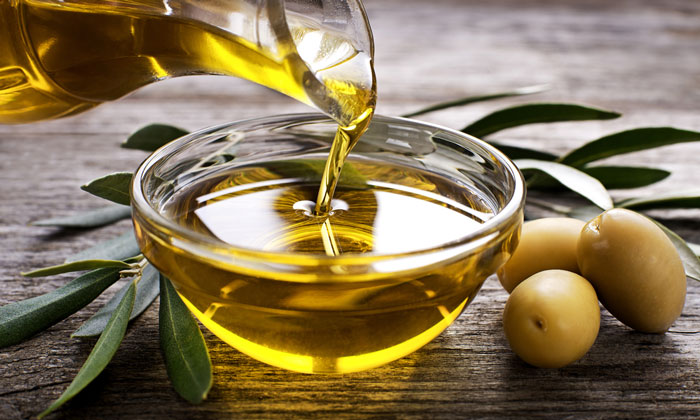 Technology from The Bühler Group now allows for the possibility of transforming a by-product of the pitted olive and olive oil industry into a new, natural, “super” ingredient for the food, pharmaceutical and cosmetic industries. Spanish olive processor Grupo Elayo has a first-class reputation, not only for its quality olive oil, but also for developing new products and applications from various parts of the olive fruit and olive tree. The company’s vision is to turn tradition into innovation by exploring new opportunities for by-products of the traditional olive oil extraction process, including its leaves, pits and more.

Now, with the help of optical sorting technology from The Bühler Group, the global leader in food processing technology, Grupo Elayo is extracting the seeds from inside the olive pits, which contain up to 100 times more polyphenols and antioxidants than olive oil, plus high levels of good-quality dietary fibre. They are also proven to help to reduce cholesterol and have a positive effect on blood pressure.

Using the olive pits and seeds was the brainchild of Jose Maria Olmo Peinado, a mechanical engineer and business economist with 33 years’ experience in the olive sector who founded the Andalusia-based Grupo Elayo in 2012 with a plan to create innovative, new ingredients from the versatile olive. These include ‘Caviar de Oliva’, a premium product made from spheres of flavoured olive oil, which has helped the company expand into parts of the world that previously didn’t consume olive oil.

“Until now, the olive pit and seed inside were discarded as waste,” explains Peinado, “but we’re working on developing new products based on the seeds. They can be consumed raw or toasted as a snack, or used in energy bars or cookies in a similar way to pumpkin seeds.”

He has also developed a procedure for extracting a highly-concentrated oil from the seeds, which he says offers greater health benefits than conventional olive oil. “Small quantities of this kernel oil, which contains linoleic acid, terpenic acid, polyphenol and sterols, can be used for cosmetics, functional foods, or medical applications, such as therapy for joint pains or the treatment of burns,” he says.

“The bioactive compounds in olive seed oil have significant health benefits. It is an antioxidant, anti-inflammatory, cardioprotective agent and antitumor, among others, highlighting the undeniable value of seed oil.”

Extensive testing is currently underway to find out even more about the bioactive compounds contained in the olive seed oil. And that’s not all: the seeds, which boast high levels of protein and fibre, can also be used to produce gluten-free flour as well as added to baked goods, such as bread or pizza dough, or used as a topping for sweet or savoury baked goods.

Before putting his olive seed plan into action, Peinado invested in a processing line to clean, dry, crack open and sort the olive stones from the seeds. However, sorting the seeds from the stones presented a problem. “As the seeds and stones were practically the same colour, none of the sorting technologies we had installed could distinguish between them reliably,” he recalls.

To solve the problem Peinado got in touch with specialists at The Bühler Group, a global company with 70 years’ experience in developing optical sorting solutions for various applications and industries.

After several months of intensive trials, Bühler’s London optical sorting research and applications department made a breakthrough using special InGaAs camera technology. It was able to detect the subtlest differences in colour not visible to the human eye, making it possible to distinguish the olive seeds from the stones and seeds with embedded stone fragments.

Impressed with the results, Peinado installed Bühler’s SORTEX sorting technology into his factory, with the process comprising three stages. After the stones are broken, the mix of stone fragments and seeds is conveyed into the first chute of the sorting machine where the InGaAs cameras aid the separation of stones from seeds. This constitutes almost 90 percent of the material. The remainder – about 10 percent – then undergoes another sort on the second chute to ensure only flawless seeds, without any pieces of stone, are sent on for further processing. The third chute re-sorts the rejected material to recover any seeds still attached to the stone so they can be sent back to the cracking machine and re-sorted to minimise wastage of the valuable seeds.

“Bühler’s technology makes us the only company in the world capable of extracting olive seeds successfully,” says Peinado. He adds that the efficiency and speed of the technology is also a key feature of the sorting solution. Despite the high throughput rate of around 700kg of raw material per hour, minimal good seeds are lost – a crucial success factor. Overall, it takes 25 tonnes of olives to extract just 1,250kg of seeds.

Peinado’s innovative thinking doesn’t stop there. He has even developed a way of using the olive stone fragments to produce, among other things, biomass for heating systems, fireplaces and barbeques. He can also grind them into a powder, which is ideal for use in cosmetic creams due to its exfoliating effect, while broken-up olive stones can also be used as a raw material to make an exceptionally robust and durable chipboard.

The ability of Bühler’s optical sorting specialists to work alongside businesses such as Grupo Elayo to help them innovate and to grow, substantially reinforces its leading position and influence in delivering ground-breaking solutions to food processing industries.

The success of the SORTEX installation at the plant in the Andalusian provence of Jaén, Spain – one of the biggest and most important olive oil growing regions in the world – is further evidence of the Bühler’s commitment to working in partnership with customers to deliver the best return on investment through product innovation.