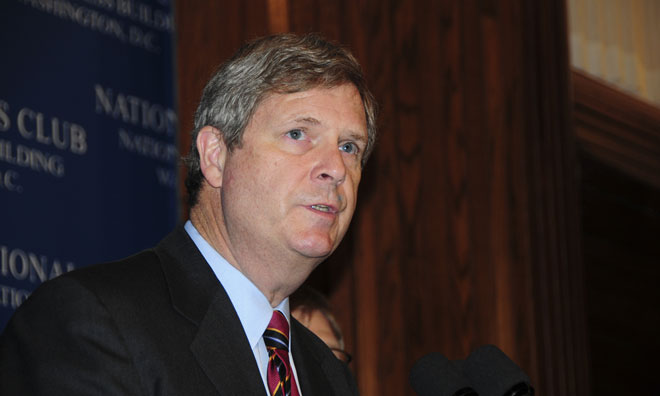 Agriculture Secretary Tom Vilsack today announced the appointment of six new members and the re-appointment of five members to the Council for Native American Farming and Ranching. As a discretionary advisory committee, the Council provides recommendations to the Secretary of Agriculture on changes to U.S. Department of Agriculture (USDA) regulations and other measures that would eliminate barriers to program participation for Native American farmers and ranchers.

“The Council for Native American Farming and Ranching strengthens our partnerships with tribal governments, businesses, farmers, and ranchers,” Vilsack said.

“Their work encourages participation of new and historically underserved agricultural producers in USDA programs, and reflects a strong intergovernmental relationship built upon shared values and inclusion.”

With the addition of a representative from the Natural Resources Conservation Service (NRCS), Council membership is changing to better reflect the diversity of resources provided by the USDA. NRCS provides farmers, ranchers and forest managers with free technical assistance, or advice, for their land.

The Council consists of fifteen members, including four USDA officials and eleven Native American leaders and representatives. Members of the Council are appointed for two-year terms by the Secretary of Agriculture. The appointees may include: Native American (American Indian and Alaska Native) farmers or ranchers; representatives of nonprofit organisations that work with Native farmers and ranchers; civil rights professionals; educators; tribal elected leaders; senior USDA officials; and other persons the Secretary deems appropriate.

The following individuals have been appointed to the Council:

Four USDA officials are also appointed to the Council:

Read our full analysis here of what a Trump Presidency might mean for the US food and beverage industry.