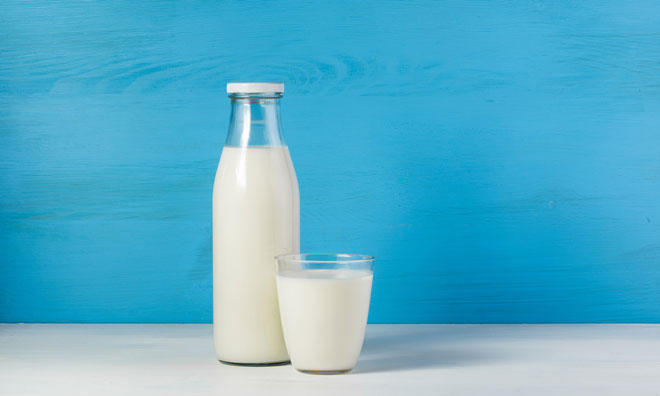 NFU Scotland is calling on all milk purchasers in Scotland to immediately recognise the strength of current dairy markets and quickly return Scotland’s dairy farmers to profitable production. After two years of turmoil in the dairy sector, during which time milk prices fell to their lowest point for a generation, commodity markets have very quickly turned and, fuelled by lower levels of production, spot prices for milk are now approaching 40p per litre.

Disappointingly, all milk buyers in Scotland are lagging behind in passing on the huge lifts in market prices to their suppliers with the scale and speed that the current market merits. That is a huge concern as producers enter the winter period when costs of feeding and housing dairy cows escalates.

To illustrate the disappointing response of purchasers to date, figures produced by the milk levy body AHDB Dairy indicate that, in 2007, when prices for commodities such as butter and cream last reached the levels being seen today, the average farmgate milk price was in excess of 25p per litre.

Today, the majority of Scottish producers are receiving less than 20p per litre – a staggering gap of more than 5p per litre when compared with 2007.

NFU Scotland believes that is wholly unacceptable and has been in regular dialogue with all milk purchasers in Scotland with further meetings scheduled for the weeks ahead.

As a measure of how difficult trading conditions remain for many Scottish dairy farmers, it appears that almost one-fifth of Scottish producers are seeking to take advantage of an EU Production Reduction scheme where by producers will receive the equivalent of 12p for every litre less they produce during September to November when compared to last year.

The Rural Payments Agency has indicated that 1800 UK farmers are looking to reduce production by 112 million litres this autumn and that includes 154 Scottish producers who are likely to reduce their production in the months ahead by 15 million litres when compared to 2015.

NFU Scotland’s Milk Committee Chairman Graeme Kilpatrick said: “There is every justification – based on commodity prices, production levels and futures prices – for every dairy farmer in Scotland to be getting 25p per litre now – and not in three or four months’ time.

“The price increases announced in recent weeks are welcome but they neither go far enough or fast enough in our opinion and leave almost all producers woefully short of a profitable milk price.

“All dairy farmers in Scotland are acutely aware of where commodity prices for cheese, butter, cream and powder have shifted to in a matter of a few weeks and the unacceptable delays seen in milk buyers passing the benefits of the price lifts back to their suppliers is creating huge concern and frustration at farmer level.

“Some of those milk processors will be sitting on stocks of cheese, butter or powder, made with incredibly cheap milk, and are now set to make a windfall on them based on rapidly increasing market prices.

“Farmers cannot be left behind to continue producing at a loss. The uptake within Scotland for the European Production Reduction scheme shows what a perilous place Scottish dairy farmers are in.

“It must act as a wake up call to all milk buyers that almost a fifth of all Scottish producers will take advantage of a European-wide scheme where they will receive 12p for every litre less they produce between September and November this year when compared to last year.

“Dairy farmers want to produce milk and the only way milk buyers can pull the Scottish dairy sector out of this nose dive is to quickly pay them a profitable price for their milk. All figures suggest that they are already in a place to do that.”