Nespresso to brink Cuban coffee back to the US 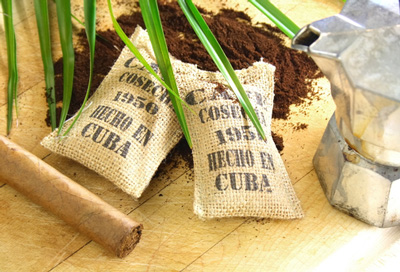 Nespresso is to bring back Cuban coffee to the United States for the first time in more than 50 years. Recent regulatory changes in the US have allowed Nespresso to move forward with its plans, which include making the new Cuban Nespresso Grand Cru, Cafecito de Cuba, available in the United States later this year, initially as a limited edition.

Over the long term, Nespresso and its partner TechnoServe have said they will explore how to work with smallholder coffee farmers in Cuba with the goal ultimately being to support farmers in their production of sustainable coffee and contribute to expanded economic opportunities for them in the long-term.

For more than two centuries, Cuba has produced some of the greatest Arabica coffee in the world. With fertile soil and ideal climate conditions, the country offers an excellent coffee growing environment. Nespresso is purchasing Arabica coffee this year that has been produced by Cuban farmers, and aims to continue purchasing it in the coming years.

Commenting on the announcement, Guillaume Le Cunff, President Nespresso USA, said: “At Nespresso, we always aim to delight consumers through exclusive, unique coffee experiences. Nespresso is thrilled to be the first to bring this rare coffee to the US, allowing consumers to rediscover this distinct coffee profile. Over the long-term, we have a view to supporting the development of environmentally sustainable coffee farming practices for smallholder farmers which benefit the farmers themselves and their communities. Ultimately, we want consumers in the US to experience this incredible coffee and to enjoy it now and for years to come.”

The US Department of State in late April updated its list of goods produced by independent Cuban entrepreneurs that can be imported into the United States to include coffee. This change paved the way for Nespresso to offer Cuban coffee to the US market.