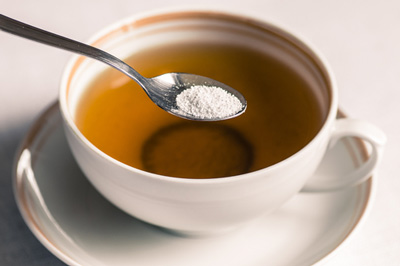 The non-profit US Center for Science in the Public Interest (CSPI) recently downgraded its safety rating of the artificial sweetener sucralose (Splenda) from ‘caution’ to ‘avoid’ on the basis of a peer-reviewed study from the Ramazzini Institute indicating the chemical caused leukaemia and related blood cancers in male mice. The study found a nine to ten times difference in leukaemias between male mice not treated with sucralose and those that were treated with sucralose. The study authors said:“More studies are necessary to show the safety of sucralose, including new and more adequate carcinogenic bioassay on rats. Considering that millions of people are likely exposed, follow-up studies are urgent”.

This is the second time CSPI has downgraded its rating of the sweetener. In 2013 the group downgraded sucralose from “safe” to “caution” after the Ramazzini Institute presented the then-unpublished findings of the study at a conference.

Last month, Heartland Food Products Group, the makers of Splenda, responded to the downgraded safety rating, saying that the study that was the basis for CSPI’s decision ‘does not reflect the collective body of scientific evidence proving the safety of sucralose’. The company said that ‘the collective scientific evidence strongly supports that sucralose is safe and does not cause cancer’ and added that sucralose has been extensively researched, with more than 110 studies conducted over a 20-year period.

Ted Gelov, Chairman and CEO of Heartland, said: “Sucralose, the no-calorie sweetener in all Splenda Sweetener products, is a safe and healthy alternative to sugar, and to suggest otherwise is a disservice to all of us.  Splenda sweeteners are safely used by millions of people every day and are a valuable tool for managing weight and diabetes.  Unfounded allegations about the safety of sucralose undermine the efforts of respected physicians and nutritionists to help their patients lower sugar intake – a goal now recommended by health care authorities around the world.”

CSPI has responded to Heartland, saying that the earlier research on sucralose referred to in defense of the substance was produced ‘almost entirely by industry’ and not by independent laboratories. CSPI also says that only two of those industry-funded studies tested for possible carcinogenicity and that these studies used a design inferior to that used by the Ramazzini Institute. CSPI says that the Ramazzini test is the only independent cancer research on sucralose.

Michael F. Jacobson, CSPI President, commented: “Heartland is right when it points out that excess intake of added sugars can contribute to being overweight, and we agree that the health risks posed by regular soft drinks far exceed the risks posed by diet sodas, including those that contain sucralose. But that’s no excuse to sweep these troubling research findings under the rug and continue adding a potential carcinogen to more and more food products.”