The dairy alternative drinks market has seen ongoing penetration outside its more traditional Asian market, according to Innova Market Insights… 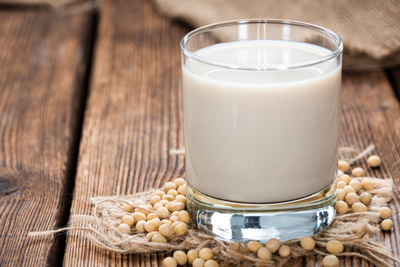 The dairy alternative drinks market has seen ongoing penetration outside its more traditional Asian market, according to Innova Market Insights. The company says this is reflected in the static launch numbers for the region over the past five years, while rising activity in Europe has taken its global share up from 30% to 38%.

“The non-dairy milk drinks market has seen considerable development in recent years in the light of rising interest in lactose and dairy free options,” reports Lu Ann Williams, Director of Innovation at Innova Market Insights. “Its initial spread from traditional markets in Asia to the West was via specialist health-food outlets, but in recent years it has moved more squarely into the mainstream and grown beyond its reliance on soy to a whole range of other plant-based foods, led by nuts and grains.”

According to Innova Market Insights, soy milks traditionally dominated the sector and still featured in over 60% of dairy alternative drinks launches globally in 2015, either as a main or secondary ingredient, although this has fallen from nearly three-quarters in 2011. Almond milks, which have seen dynamic growth in recent years, have increased their share to feature in over 28% of launches, ahead of rice, coconut and oat milks.

Over 90% of dairy alternative drinks marketed on health benefits

Soy milk has traditionally been marketed on its health benefits and its newer, plant-based competition has continued this trend. Over 90% of dairy alternative drinks launched in 2015 were marketed on a health platform of some kind.

Innova Market Insights says the most popular individual claim was lactose free, used on over 47% of introductions, up from about one-third in 2011, probably as a result of improved allergen labelling, as well as growing awareness of lactose intolerance and interest in free-from foods in general.

Interest in clean labelling appears to have boosted the use of natural and no additives/preservatives claims and these were used on 36% of launches, rising to nearly 64%, if organic claims are also included. There is also rising use of non-GMO claims, despite legislation in many markets including the EU that means GM ingredients have to be declared in any case. The US has seen growing levels of concern in recent years, with nearly half of dairy alternative drinks launches in the country in 2015 carrying non-GMO claims, compared with just under a quarter globally. Even in the EU, where GM ingredients have to be declared, nearly 11% of introductions used GM-free labelling.

“The dairy alternative drinks market is booming,” concludes Williams “and further growth is expected with growing interest in dairy-free and lactose free products as a lifestyle choice, rather than simply an option for those with allergies and intolerances. In the move to offer something new, we are also starting to see not only a wide variety of increasingly sophisticated flavour options, but also blends of milks from different sources.”