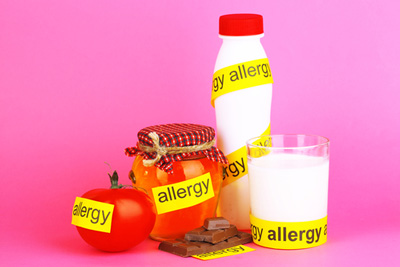 Trace One has warned that the British food industry needs to be ready for an explosion in food allergies. Following a series of Freedom of Information requests and research, Trace One says it is clear that adverse reactions to food across Great Britain are growing at a concerning rate; with the number of hospital admissions for serious reactions growing by almost 75% in England in the last ten years. This pattern is repeated in Scotland, where the number of patients consulting a GP or practice nurse for a food allergy increased by over 20% between 2004 and 2013.

Trace One says that transparency will become increasingly critical for the industry and consumers, both to know exactly and reliably what potential allergens products contain and to swiftly recall products in the event of supply chain issues that could put higher risk allergy sufferers in significant danger.

“The rise in demand for “free-from” products started in the UK but is now a trend in all industrialised countries. It has often been dismissed as a fad, with lifestyle choices rather than genuine health reasons driving the majority of purchase decisions. However it’s clear from our research that we are facing a huge rise in both minor and major food allergies that can’t be explained away by factors such as population growth,” said Shaun Bossons, EVP for Global Business Development at Trace One. “Our research found that hospital admissions in England due to food reactions rose from 2,758 in 2004 to 4,744 in 2015. For anaphylactic shock specifically – the most severe of allergic reactions – it almost doubled. Transparency in the food supply industry will be a major step in limiting any further growth in the admissions rate. It’s a big, indeed life and death, responsibility for retailers.”

If this trend continues, Trace One says there will be almost four times as many admissions in 2040 than there were in 2015.

“Blame for this increase in allergies could fall on a number of things, with processed foods often found under the spotlight,” continued Bossons. “Not only has consumption risen over the years, but the foods themselves have become ever more complex; meaning there is greater potential for unlabelled allergens to be introduced, either by accident or as a result of food fraud. The fault is equally likely to lie elsewhere; no research team investigating potential reasons for rising food allergies has identified a specific culprit. However, what really needs to concern the food industry is consumer trust. If consumers believe a processed food product is responsible for their allergies, they’ll be quick to abandon it. Owners of consumer brands need the wider food industry to adopt the use of new information tools to achieve full supply chain transparency, in order to ensure the integrity of their brands and also to both protect and reassure their consumers.”