Tesco announces the national rollout of its food waste initiative 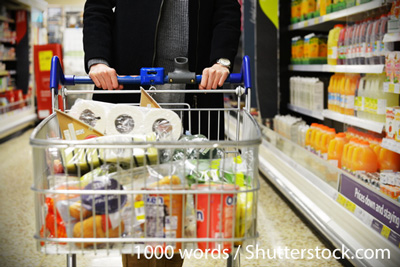 Tesco CEO Dave Lewis has announced the nationwide rollout of an initiative designed to dramatically reduce the amount of food that goes to waste from its stores. The move follows through a farm to fork commitment by Tesco to tackle food waste from its suppliers, through its stores, and customers’ homes.

The groundbreaking nationwide scheme – Community Food Connection with FareShare FoodCloud – is being launched in 15 cities and regions across the UK for now. Tesco has said it will reach all large Tesco stores – numbering over 800 – by the end of 2016, with all stores covered by the end of 2017.

Through Community Food Connection with FareShare FoodCloud, Tesco store managers alert charities and community groups to the amount of surplus food they have at the end of each day. The charity then confirms it wants the food, picks it up free of charge from the store and turns it into meals for people who need it. Beneficiaries of the charities receiving food come from the wide range of charities supported by FareShare including homeless hostels, women’s refuges and breakfast clubs for disadvantaged children. Organisations from across the UK can apply to join the scheme at www.fareshare.org.uk/fareshare-foodcloud.

Once fully developed, Tesco says it believes other retailers could adopt FareShare FoodCloud to create an industry standard platform to make a real difference to local charities and communities.

Dave Lewis was recently appointed chair of Champions 12.3 – a coalition of leaders from government, businesses, international organisations, research institutions, and civil society. The Champions 12.3 coalition will work to create political, business and social momentum to reduce food loss and waste around the world.

Dave Lewis, Tesco CEO, said: “We believe no food that could be eaten should be wasted – that’s why we have committed that no surplus food should go to waste from our stores.

“We know it’s an issue our customers really care about, and wherever there’s surplus food at Tesco stores, we’re committed to donating it to local charities so we can help feed people in need.

“But we know the challenge is bigger than this and that’s why we’ve made a farm to fork commitment to reduce food waste upstream with our suppliers and in our own operations and downstream in our customers’ own homes.”

The pilot scheme generated over 22 tonnes of food

The scheme has already been piloted in fourteen Tesco stores over the past six months and has generated over 22 tonnes of food – the equivalent to 50,000 meals.

Tesco and FareShare are calling out for 5,000 charities and community groups to join up and receive free surplus food through the scheme, as part of a huge nationwide charity recruitment drive.

When the scheme is fully in place by 2017, thousands of charities all over the country will benefit from millions of pounds worth of surplus food each year. The latest figures show 55,400 tonnes of food were thrown away at Tesco stores and distribution centres in the UK last year, of which around 30,000 tonnes could otherwise have been eaten – equivalent to around 70 million meals.

Commenting on the news, Hannah Maundrell, editor in chief at www.money.co.uk, said: “Fantastic news that the supermarket heavy weights are addressing the sickening amount of food that is going to waste. This is a serious issue that has needed sorting for a long time as we simply cannot continue as we have been. I’m delighted that charities are starting to benefit from the surplus, throwing food away on this scale is totally unacceptable when so many struggle to put food on the table.

“It’s not just supermarkets that need to take action on cutting food waste, there’s so much you can do to make a difference at home too. Wonky veg tastes just as good as the picture perfect varieties and it’s far healthier for your wallet too. All hail the shopping list, you’ll save a bundle if you plan your meals in advance and only buy food you actually need. Filling up your freezer with extras and going old-school to make soups, stews and stocks with leftovers should be no-brainers. Bone broth has been heralded as the new superfood, and it’s super cheap to make too”.