If the closure goes ahead, the company’s Aylesbury site will take on the majority of Hatfield Peverel’s processing… 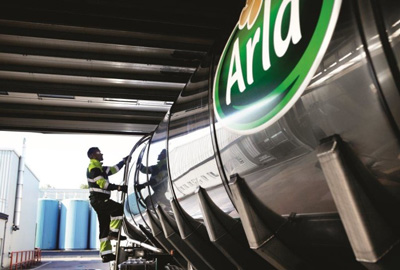 Arla Foods has announced its intention to close its fresh milk processing production facilities at the Hatfield Peverel dairy in Essex. The closure is subject to consultation with those affected.

The proposal will result in the potential closure of Hatfield Peverel dairy by the end of July 2016, with the loss or relocation of up to 200 jobs.

The company’s Aylesbury site will take on the majority of Hatfield Peverel’s processing and smaller volumes of milk will be delivered to other Arla fresh milk dairies dependent on customer requirements.

The proposed change follows Arla’s significant investment of more than £150 million in its state of the art fresh milk facility at Aylesbury. It is the world’s largest dairy operation of its kind and was built to support Arla’s long-term strategy to increase the volume of milk being processed in the UK and support Arla’s significant growth plans for its largest market.

As a result of the proposed closure and following a full review of the outbound logistics operations currently run from Hatfield Peverel, Arla is also recommending an improved model that would outsource this operation to Bidvest Logistics, a distribution and supply chain services company. If the proposal is accepted, it is likely that around 32 impacted employees would be transferred to Bidvest Logistics through a phased process. This would bring the potential number of people impacted by the changes at the Hatfield Peverel dairy to around 230.

Commenting on the announcement, Dan Kolding, Senior Vice President, Supply Chain, Arla Foods UK said: “As a farmer-owned dairy company, our mission is to return the highest value for our farmers’ milk, creating opportunities for growth. The development of Aylesbury is helping us to deliver this vision in the UK, as the dairy approaches capacity.

”We are entering into full consultation with all colleagues affected by both proposals, and their trade union representatives.”