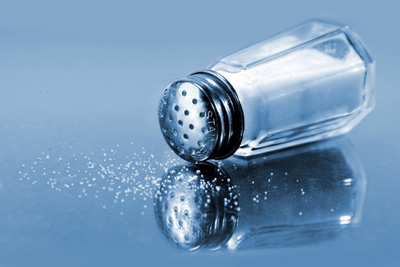 New research from the Consensus Action on Salt and Health (CASH) states that a number of shopping basket ‘essentials’ now contain more salt than before. Canned tomato soup, cheddar cheese and chilled ready meals are highlighted in the research as being among the worst offenders. This is despite the major progress made prior to 2010 when the salt reduction programme was under the Food Standards Agency (FSA).

Nearly half (47%) of the soups surveyed by CASH contain the same amount of salt (or more) per serving than two slices of Domino’s Cheese & Tomato Pizza. The saltiest soup culprit was Baxters Vegetarian Italian Tomato & Basil with 3.5g salt per 400g serving.

When surveying the salt content of chilled cottage pie ready meals, CASH said minimal changes have been made in the last nine years, with the salt content per 100g slightly increasing from 0.52g in 2007 to 0.54g in 2016.

CASH admitted that all of the meals surveyed in 2016 meet the Department of Health’s maximum salt target for ready meals but said over half (52%) still have a red warning label for salt on front of pack, indicating these meals are dangerously high in salt and contribute to as much as a third of an individual’s daily salt intake. CASH said this demonstrates that the targets for salt are too weak.

Within each category assessed for the CASH report, which also included white bread and cornflakes, there were very large variations in the salt content e.g.  The Co-operative Truly Irresistible Cottage Pie 2.9g/400g serving vs The Co-operative Loved by Us Cottage Pie Low Fat 1.45g/400g serving. CASH said this demonstrates that the food industry could easily reduce these very high salt containing foods, but under the Responsibility Deal they have “little or no incentive” and no pressure exerted on them by the Department of Health.

Professor Graham MacGregor, Professor of Cardiovascular Medicine at Queen Mary University of London and Chairman of CASH explained: “Under the FSA & CASH, the UK led the world in salt reduction. It is a tragedy for public health that the coalition government in 2010 seized responsibility for nutrition from the FSA to the DH where they made the food industry responsible for policing themselves (‘The Responsibility Deal’)! Unsurprisingly this has failed and has resulted in many thousands of unnecessary deaths from strokes and heart disease. It’s imperative that responsibility for nutrition be handed back to an independent agency where it is not affected by changes in government, ministers, political lobbying and pressure from the food industry.”

CASH is urging David Cameron to set up an independent agency for nutrition and to rescue the salt reduction programme which has halted or is now being reversed.