Wholegrain foods have the BX factor

Scientists from Aarhus University have investigated if BX, the beneficial substance found in wholegrain foods, is absorbed in the body… 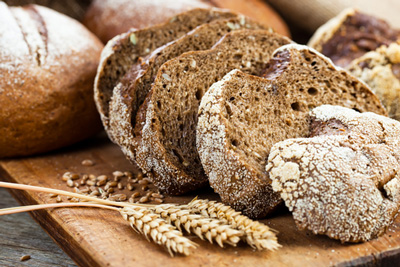 Rye bread and other wholegrain foods contain a particular group of health-promoting substances known as benzoxazinoids (or BX for short). Their presence in wholegrain was discovered by scientists from Aarhus University in 2010. Now, the scientists have dug more deeply to discover the BX factor’s secrets.

“Certain medicinal plants and green cereals have previously been found to contain BX, but it was a revelation that they are also found in ripened rye and other wholegrains. Not only that – we also found BX in the final baked bread and other wholegrain products,” says Associate Professor Inge S. Fomsgaard from the Department of Agroecology at Aarhus University.

The scientists began to investigate whether the beneficial substances were absorbed in the body. This was studied in rats, pigs and humans in the appropriately named “Bread and Breakfast” project, which was led by Inge S. Fomsgaard.

“We found that the BX compounds pass through the gut wall and circulate in the body in different chemical forms. By comparing the amount that was eaten with the amount circulating in the blood and excreted in urine, we could work out that some of the substances could be transported into some of the organs where they are able to do some good,” explains Inge S. Fomsgaard.

“Eating a diet rich in BX compounds made certain immune system cells react more strongly to some types of bacteria,” says Inge S. Fomsgaard. She leads another ongoing project – RyeproC – where scientists are studying whether benzoxazinoids in rye bread have a beneficial effect on prostate cancer.

“Improving our knowledge about the function of benzoxazinoids can lead to the growing of crops that can be converted to food products and beverages with an optimum content and composition of these health-promoting compounds, so that consumers can increase their BX intake without having to eat large quantities of food,” says Inge S. Fomsgaard. This does, however, require further verification of the effect of BX in order that the European Food Safety Authority (EFSA) may approve the appraisal of the effect in the retailing of BX-containing foods.