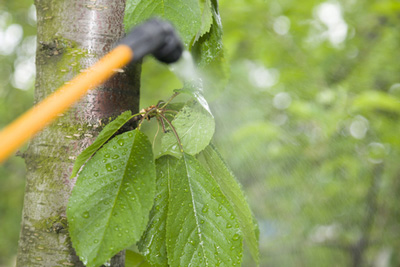 The European Food Safety Authority (EFSA) and its partners have taken a major step forward in their work on assessing the cumulative risks from exposure to pesticides. A software tool has been developed for carrying out exposure assessments of multiple pesticides. In a pilot study, consumer exposure assessments are now being performed with the tool on groups of pesticides that may affect the thyroid and nervous systems. EFSA says the results of these assessments will be published by the end of this year. EFSA also says it will take these results into account when it produces two scientific reports on cumulative risk assessments for the thyroid and the nervous systems in 2017. In the longer term, EFSA hopes to start progressively incorporating high-level cumulative risk assessments into its annual analysis of the chronic and acute risks that pesticides pose to consumers.

The Monte Carlo Risk Assessment (MCRA) tool was initially developed through a project funded by the European Commission. In 2015, EFSA funded further development of the MCRA tool to allow the processing of cumulative assessment groups of pesticides containing up to 100 active substances and following the guidance of the EFSA Panel on Plant Protection Products and their Residues. This year EFSA will further support improvements to the tool regarding its accessibility by external users and data organisation and formatting.

Experience gained in the initial assessments will be used to optimise the tool to ensure its fitness for purpose in the context of regulatory decisions on applications concerning maximum residue levels (MRLs) of pesticides in food.

“An exciting and significant development”

Luc Mohimont, from EFSA’s Pesticides Unit, said: “This is an exciting and significant development. Progress has been made in developing an approach for carrying out reliable exposure assessments of multiple pesticides, which takes us a step closer to our ultimate goal: to carry out comprehensive risk assessments of the combined effects on humans of pesticides, rather than just individual chemicals.”

The substances to be assessed in the pilot exposure assessments were identified by EFSA’s pesticide experts using a methodology specially devised for classifying pesticides into “cumulative assessment groups”. Over the coming years, CAGs will be defined for other organs, tissues and systems. Data is already being collected to define groups of pesticides that affect the liver, kidneys, eyes, and the reproductive and developmental systems.