Using a new technique, researchers have confirmed that the majority of saffron, labelled and exported as being from Spain, actually originates from other countries… 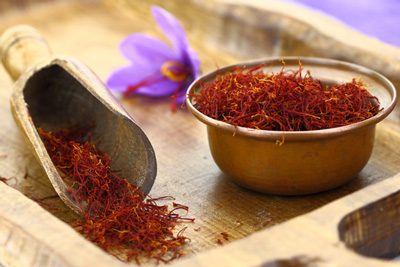 Scientists have confirmed that the majority of saffron, labelled and exported as being from Spain, actually originates from other countries. They identified this false labelling after analysing 44 commercial products using a new technique based on each type of saffron’s unique chemical ‘fingerprint’ and proving that over 50% of the samples were fraudulent.

Josep Rubert, a researcher at University of Chemistry and Technology (UCT Prague, Czech Republic) and the University of Valencia (Spain), explained: “Over the past few years the media have been reporting this fraudulent activity, but up until now there were barely any analytical tools that could be used to detect said fraud. So, we created a new strategy to determine the authenticity of saffron based on metabolomics or, in other words, the chemical fingerprints of foods.”

The new technique allows for three types of saffron to be defined: one which is certified with the Protected Designation of Origin (PDO) from La Mancha or Aragon, another which is grown and packaged in Spain (although it does not have the PDO certificate) and a third category which is packaged as ‘Spanish saffron’ but, despite its name, is of unknown origin (although most likely packaged in Spain).

More than 50% of saffron samples were fraudulent in a study

With these possibilities, scientists from the UCT collected 44 commercial saffron samples in order to test the authenticity of what’s stated in the product labels. Their findings revealed that more than 50% of the samples were fraudulent, as 26 ones labelled as ‘Spanish saffron’ were neither grown nor processed in Spain.

“It is highly likely that lower quality saffron is purchased in other countries (such as Morocco, Iran and India according to our data) at a much lower price than in Spain to later be packaged and sold as Spanish saffron despite being of unknown origin a fraudulent activity that gambles with consumers’ trust,” commented Rubert.

The technique has confirmed that the saffron labelled with the PDO Certificate from La Mancha (and Aragon) were indeed grown and processed in Spain. “Here there was no fraudulent activity – the saffron perfectly matched up with our models,” emphasises Rubert, “unlike the samples of ‘Spanish saffron’ that had either a completely different chemical fingerprint or a different collection of small molecules”.

The first phase of the study consisted in identifying the metabolites or small molecules characteristic of saffron. After, a method was created to detect these small molecules using liquid chromatography coupled with high-resolution mass spectrometry.

The statistical analyses have served to detect the clear differences between the three types of saffron in addition to validating the technique. According to the researchers, the result “is a top-quality model that correctly classified 100% of these samples in addition to having the capacity to correctly categorise others (even if they are unknown and do not have a label) more than 85% of the time”.

The researchers suggest that glycerophospholipids and their oxidised lipids are the best molecular markers for determining the origin of saffron. They have also observed that the saffron technology and processing play a crucial role, “specifically during the drying process, wherein transformation of the product is determined by the temperature at which the process is carried out. The place where the saffron originates also has an influence on the end product”.