Nestlé and R&R in talks for joint ice cream venture 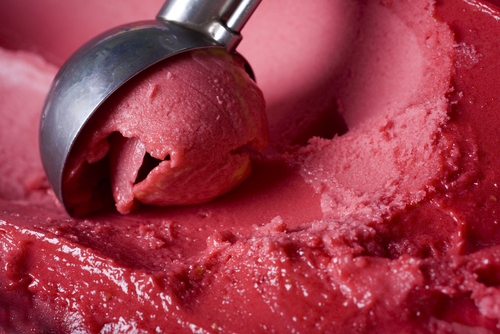 Nestlé and R&R are in advanced discussions to set up a new joint venture covering ice cream based mainly in Europe and Africa. R&R, owned by funds controlled by PAI Partners, is a leading European ice cream company based in the UK. It’s brands include the iconic Fab ice lolly as well as the fast growing Skinny Cow ice cream and frozen yoghurt brand.

The proposed joint venture will capitalise on the complementary strengths and innovation expertise of the two companies. It will combine Nestlé’s strong and successful brands and experience in ‘out-of-home’ distribution with R&R’s competitive manufacturing model and significant presence in retail.

Nestlé CEO Paul Bulcke, “We are pleased to be in talks with R&R and its owner PAI Partners. We have a long-standing relationship with R&R. Combining the capabilities of our two companies in this way would offer an exciting opportunity for future growth in a dynamic category.”

R&R CEO, Ibrahim Najafi commented, “We are pleased to be in talks with Nestlé and building on our 14 year history working together. We are excited about combining the respective talents of R&R and Nestlé’s people to drive further growth in this category. The vision of the proposed joint venture is to grow a unique consumer and customer focused ice cream business serving all channels, delivering innovative, high quality ice cream through investment in people, process and products. The ambition of the proposed joint venture will be to sell more ice cream through meeting and exceeding customer and consumer needs.”

Nestlé would contribute its ice cream businesses in Europe, Egypt, the Philippines, Brazil and Argentina to the new joint venture. It would also transfer its European frozen food businesses, excluding pizza. R&R Group would join the new joint venture in its entirety. This combination will give the proposed joint venture a presence in both developed and emerging markets across the northern and southern hemispheres in complementary channels.

Following the conclusion of the talks, the employee consultations and subject to approval from regulatory authorities, the new arrangements would be implemented in the course of 2016. Each partner would own an equal share of the new joint venture which would operate in more than 20 countries and employ more than 10,000 people. It is proposed that the board of the new joint venture would be composed of senior executives from both partners, in equal proportion, and be chaired by Luis Cantarell, Nestlé Executive Vice President Europe, Middle East and North Africa. Ibrahim Najafi would be CEO.

Nestlé and R&R have worked together for the past 14 years, initially in the UK and Ireland and, more recently, in Australia and South Africa where R&R licences Nestlé brands.