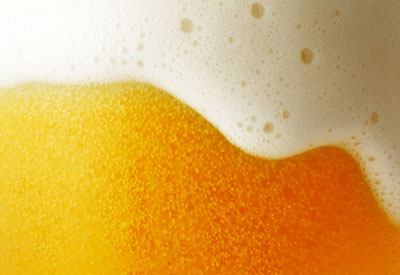 Glasgow-based R-Biopharm Rhône are working with brewers and test labs across the country to test cereals for mycotoxins before they are used to produce beer and to test the final products themselves. The issue was the talk of bars around Europe after researchers analysed microscopic fungi in 154 brands of beer and found that anyone drinking more than two pints a day could be putting themselves at risk.

One of the most abundant toxins, called HT-2, appeared in 9% of the samples. There is European Union legislation pending for T-2 and HT-2 toxins in oats due to the potential hazards and the fact it is an ingredient in many everyday foods. R-Biopharm Rhône can provide a range of test formats to detect these toxins depending on testing requirements, including immunoaffinity columns, ELISAs and lateral flow devices.

The new “lateral flow” test will reveal the presence of minute quantities of T-2 and HT-2 – mycotoxins produced by mould which develops on cereals in the field, especially when it is wet and cold during flowering.

T-2 and HT-2 mycotoxins are known to cause high economic losses in cattle, sheep and goats

Mycotoxins are produced by moulds and can have an adverse impact on the human body and animals. T-2 and HT-2 are already known to cause high economic losses in cattle, sheep and goats. The EU has for some years now been considering the safe levels of T-2 and HT-2 which should be allowed in foodstuffs for human consumption and it is expected that legislation will follow a final decision.

The beer researchers, from the University of Valencia, said that the levels of mycotoxins were not enough to affect the average beer drinker, but someone consuming in excess of a litre a day could potentially be affected.

Product Manager, Claire Milligan, said, “The kits are designed to be easy to use and to deliver a clear result. We see it being of significant use to people involved in the processing of cereals, and also beer makers.”

R-Biopharm Rhône has reacted positively in recent years to increasing demand for reliable testing solutions. It has produced tests for toxins in fish, milk, spices and animal feeds, among others. R-Biopharm Rhône also uses immunoaffinity columns to screen for and clean up residues of toxins, with standards well in excess of EU requirements and detection in parts per billion. It is increasingly recognised as a market leader in mycotoxin detection.