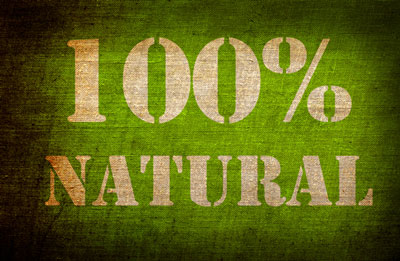 After decades of debate there remains no generally accepted definition of a “natural” food product. Regulatory agencies have refused to settle the issue but may be under new pressure from consumer lawsuits, according to a new study in the Journal of Public Policy & Marketing. “Consumers don’t agree on a definition either, yet clearly believe that “natural” is important,” writes author of the JPP&P article,  Ross D. Petty, Babson College. “In 2009, 30% of newly launched foods claimed to be natural but by 2013 this dropped to 22%, possibly due to an increase in the number of consumer lawsuits. Lawyers are increasingly willing to take cases which regulatory agencies have abandoned.”

In 1973, the Federal Trade Commission (FTC) in the US warned that no other area of national health was as abused by deception as nutrition, but by 1983 the FTC had given up on the issue of defining “natural” products. The US Food and Drug Administration (FDA) required in 1977 that artificial flavours be identified as such, but refused to define “natural”. When federal district courts in 2014 questioned the legality of promoting genetically modified ingredients as natural, the FDA declined to give an opinion. The US Department of Agriculture fared better, requiring that “natural” meats be free of substances such as artificial flavouring. The industry itself sporadically addressed the “natural” problem, with the Council of Better Business Bureaus advising Nutrasweet to cease claiming it was “made from natural ingredients.”

Industry progress in general, however, has been limited. With no regulations to fall back on, consumers have begun resorting to legal action, petitioning the FDA in 2001 to act against “natural” food products that hid genetically modified ingredients. Next came the “Sugar Wars,” with the Sugar Association and Equal suing Splenda for claiming it was natural. Splenda resisted, and as of April 2014, no natural community class action lawsuit has actually gone to trial.

“Though natural food lawsuits to date have disappointed, they encourage marketers to drop the claim of being natural or reformulate their products to avoid future lawsuits. Perhaps this will persuade the FDA or FTC to consider creating, finally, a definition for the meaning of natural,” concludes Petty.

Petty’s article, ““Natural” Claims in Food Advertising: Policy Implications of Filling the Regulatory Void with Consumer Class Action Lawsuits” is published ahead of print in Journal of Public Policy & Marketing.