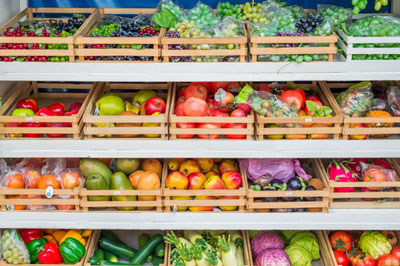 A new EFSA report aims to give the public a balanced view of the findings of annual EU-wide monitoring of levels of chemicals in food. The annual report, Chemicals in Food 2015: Overview of Data Collection Reports, provides context that is sometimes lacking when examples of chemicals detected in food are reported by the media. For example, EFSA’s analyses of data collected from across Europe show that exceeding official limits is the exception rather than the rule.

The European Commission’s acting Director General for Health and Food Safety, Ladislav Miko said: “This new report aimed at the European public translates complex scientific data on food in a more accessible and understandable way. I very much welcome this new way of reporting on issues that matter to people who are concerned about what’s in their food and hope we will see more of this type of food information from EFSA in the future.”

EFSA’s Executive Director, Bernhard Url said: ”Across the European Union efforts are made at local, national and European level to collect, monitor and analyse the occurrence of chemicals in plants, animals, food and drinks. EFSA acts as an information hub for many of these activities, helping also to coordinate and harmonise them so that more and better data are available for scientific evaluation.”

These data provide the scientific basis for decision-making by national and European authorities responsible for food safety and/or public health. They also help to measure the impact of existing controls, understand if new safety assessments or control measures are needed and to set priorities for future research funding and data collection activities.

The Commission asked EFSA to include snapshots of the important work it does annually on chemicals in food, including pesticide and veterinary drugresidues. The results of recent ad hoc reports covering chemical contaminants in food are also included in the report; for example, the first issue of the report summarises recent data collection work on arsenic in food and drinking water and ethyl carbamate in spirit drinks.

Mr Url added: “This report contains an overview of some of EFSA’s data work on chemicals from 2014-2015 and is the first EFSA publication to highlight this role specifically to the general public. We hope that EU citizens interested in food safety issues will find it useful and insightful.”