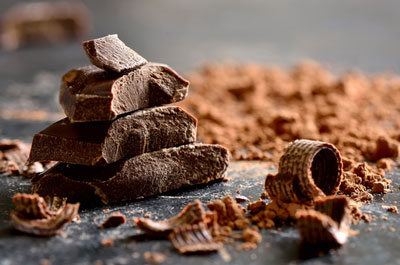 The Barry Callebaut Group, a leading manufacturer of high-quality chocolate and cocoa products, has announced that the European Commission has approved the extension of the company’s existing health claim on cocoa flavanols to cocoa extracts (Regulation (EU) 2015/539). Following the positive Scientific Opinion issued by the European Food Safety Authority (EFSA) in May 2014 on the health claim for cocoa flavanols in extracts, the European Commission also granted Barry Callebaut the right to use the health claim that “cocoa flavanols help maintain the elasticity of blood vessels, which contributes to normal blood flow” for applications in capsules and tablets containing high-flavanol cocoa extract for a period of five years.

Approved in 2013, Barry Callebaut’s health claim was the first in the cocoa and chocolate industry. The company was able to provide evidence that a daily intake of 200 mg of cocoa flavanols (provided by 2.5 g Barry Callebaut ACTICOA® cocoa powder or 10 g ACTICOA® dark chocolate) contributes to normal blood circulation by helping to maintain the elasticity of the blood vessels. The Barry Callebaut Group was allowed to use this claim for cocoa beverages (with cocoa powder) or for dark chocolate.

Today the European Commission approved the extension of Barry Callebaut’s existing health claim to cocoa extract products. Barry Callebaut will source cocoa beans which are high in flavanols to third-party manufacturers of supplements. These parties will then be allowed to apply the health claim for their products and promote it on the packaging of the end consumer products. Like this, it will become easy for consumers to take the required daily amount of cocoa flavanols through one simple pill.

Herwig Bernaert, Head of Discovery Programs and Global Projects at the Barry Callebaut Group, added: “The extension of the health claim is another milestone in our research efforts on cocoa flavanols we have been carrying out since 2005 including more than 20 human clinical studies. The added benefit for consumers will be that the supplements derive their effect from a fully natural, trusted, and one could say even beloved source, the cocoa bean.”

Peter Boone, Chief Innovation Officer at the Barry Callebaut Group, said: “People all over the world are becoming increasingly aware of the potential of supplements to improve their health and well-being. This is a market with great potential for companies in the pharmaceutical, nutraceutical and supplement industries where now cocoa flavanol-based supplements also can be launched.”