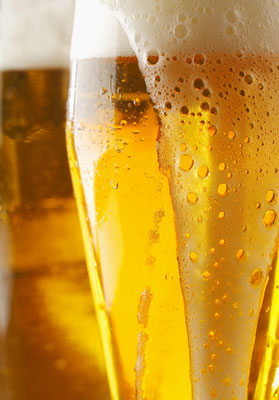 The Brewers of Europe have announced a major voluntary move from brewers to list ingredients and nutrition information on their brands per 100ml, in line with the legal requirements for all non-alcoholic drinks, including non-alcoholic beer. The information will progressively be provided across Europe by companies on pack and/or online, utilising an expanding range of consumer communication platforms.

Pierre-Olivier Bergeron, Secretary General of The Brewers of Europe, said: “Brewers are immensely proud of the beers they brew and the ingredients used to produce them. We want Europe’s consumers to know the ingredients in beer and how these beers can fit within a balanced lifestyle. Brewers already label the alcohol content on their beer brands but we also agree with consumer groups that citizens would benefit from having access to the ingredients and nutrition information, allowing them to compare like-for-like facts with all the other beverages available to them, both non-alcoholic and alcoholic.”

“When it comes to ingredients and nutrition, our overall aim is that we wish to have well-informed consumers,” continued Mr Bergeron. “Fulfilling this wish also means going beyond labelling the products to utilising new technologies that allow consumers to consult the detailed, tailored information that meets their needs. In the last five years, not only the usage of these new technologies, but also their capacity to provide accessible information, has grown exponentially.”

As companies and national brewers associations consider the local applications of this commitment and roll it out as appropriate, The Brewers of Europe will set targets, report on progress made, and showcase best practices. This action will also contribute to the implementation of the European Beer Pledge, a package of responsibility initiatives that was launched in the European Parliament in 2012.

All foods and beverages are covered by the EU Regulation on Food Information to Consumers. However, when it comes to ingredients listing and nutrition declarations, there is currently an exemption for alcoholic beverages of more than 1.2% ABV (alcohol by volume). Nevertheless, many consumers logically want to be able to compare the ingredients and nutritional declarations amongst all beverages, which is why brewers will be going beyond current EU regulations and voluntarily providing this information too, doing so per 100ml as is currently legally required for the rest of the food and drinks industry.

The European Commission is due to produce a report on the current exemption for alcoholic beverages over 1.2% ABV and the next steps for dealing with the issue.

Mr Bergeron concluded: “Europe’s brewers have been working on this commitment for many months and will work from today onwards in strengthening consumer knowledge of beer’s ingredients, nutritional content and place within a balanced lifestyle. We really hope that the other alcoholic drinks sectors will follow our lead and commitment to transparency in this endeavour.”