European dairy cooperative Arla Foods has officially inaugurated a brand-new production area at its site in Pronsfeld, near Bitburg-Prüm in the Eifel district… 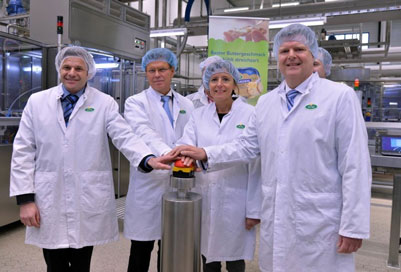 European dairy cooperative Arla Foods has officially inaugurated a brand-new production area at its site in Pronsfeld, near Bitburg-Prüm in the Eifel district.