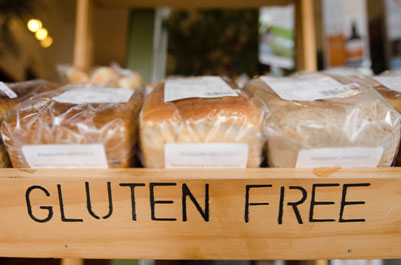 As of today, all foods labeled gluten-free must meet all requirements of the gluten-free labeling final rule published in August 2013.

The requirements apply to packaged foods labeled on or after today. FDA recognizes that many foods currently labeled as gluten-free may already meet the new federal definition.  However, consumers should be aware that there may be some products still on store shelves that were produced and labeled before the compliance date for FDA’s rule. Today’s compliance date was established in the final rule one year ago to allow the food industry sufficient time to make changes needed in the formulation or labeling of their foods that voluntarily bear a gluten-free claim in the United States.

On June 25, 2014, the FDA issued a guide for small food businesses to help them comply with the final rule’s requirements.  FDA will continue to work with, educate and monitor industry on the use of the gluten-free claim.

Outreach will be conducted to assist the industry, as needed, to ensure that the provisions of the rule are fully understood.  In addition, FDA will use its existing compliance and enforcement tools, such as inspection, laboratory analysis, warning letters, seizure, and injunction, to ensure that the use of the claim on food packages complies with the definition.

We look forward to working with the states, the restaurant industry and other stakeholders to support education and outreach on the appropriate use of the term gluten-free.

By The Food and Drug Administration