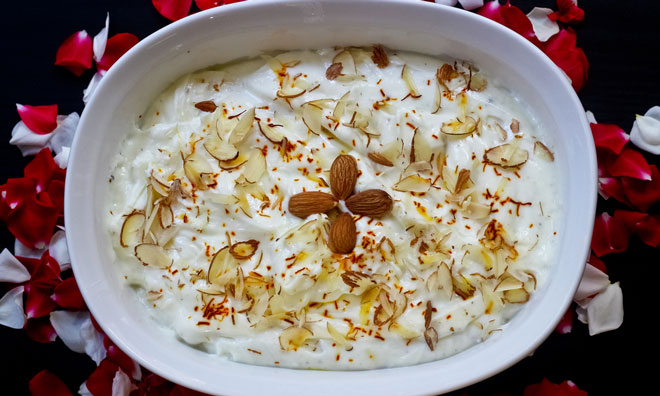 Welcome to our GBBO online feature in which we will briefly pick apart each episode of the UK television sensation Great British Bake Off as it begins its seventh series and consider a related issue, innovation or talking point each week with regard to the food industry as highlighted in the show. This week we saw the mildly-confusingly-titled, first ever ‘Botanical Week’ and accordingly, New Food decided to delve deeper into the phenomenon of edible flowers. But first…

Why? – He just made a complete mess of almost everything

So why should flowers be a part of modern cuisine?

The integration of flowers into cuisine dates back to the Ancient Greeks, Romans and Chinese and today several dishes around the world are perhaps defined by their incorporation of flowers, such as the decorative rose petals we often see in Indian food or the use of squash blossom predominantly in Italian cuisine.

I for one, wouldn’t mind a Pappardelle with Zucchini Blossom Sauce right now as it happens…

So what can flowers offer to a dish?

It’s certainly not unheard of for flowers or rather petals to be used in salads and certainly we’ve all enjoyed a dessert, dressed with a floral embellishment or two. It could also be argued that the culinary use of flowers inherently fosters innovation and a creative approach to cooking.

While this contestation may annoy some as expressed here by Sue Heston towards Heston Blumenthal’s methods, innovation and experimentation is something really taking off in cookery at present.

What must we be aware of?