5 reasons why Oktoberfest and craft beer will never get along

Oktoberfest, kicked off September 17 last week and to celebrate, New Food will look at why the emerging craft beer, particularly prominent in the US, will never truly be welcomed in Munich… 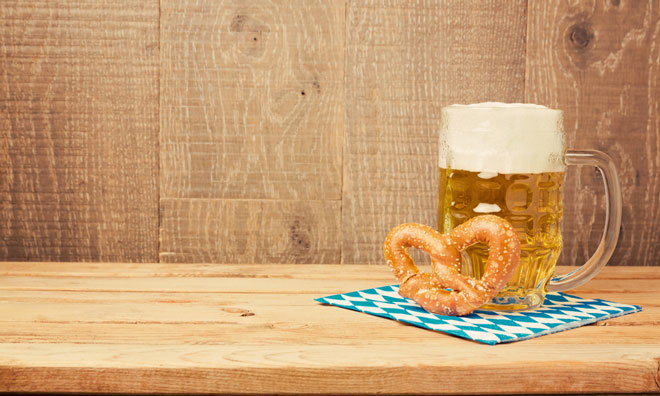 Oktoberfest, the world-renowned German beer festival kicked off last week and to celebrate, New Food takes a look at why the emerging craft beer revolution that began in California and is particularly prominent in the US, will never truly be welcomed in Munich. The 16-day festival dates back to the early 19th Century and the beer brewed for Oktoberfest must ultimately adhere to the jurisdiction of a 500-year-old purity law. The six Munich brewers that dominate the event: Spaten, Löwenbräu, Augustiner-Bräu, Hofbräu-München, Paulaner and Hacker-Pschorr all follow the Reinheitsgebot beer purity law which essentially limits the ingredients allowed in the brewing process; a tradition that dates back 500 years to when barley and wheat use had to be regulated.

For the German brewers, this not only presents a desired challenge to do more with less but equally prevents unnecessary complication and protects the beautiful simplicity of German brewing. In contrast, trendy craft beer is just that, a trend. According to the Oxford Dictionary, a ‘trend’ is synonymous with ‘a fashion’ which is by definition, short-term and subject to continual change.

Craft beer in the US (and several other countries) is correspondingly considered almost a statement of ‘cool’; a tool for hipster culture to revalidate its distance from the mainstream. In this respect, craft beer is ideologically incompatible with the Munich traditional and purity law that dates back half a millennium and thus Oktoberfest which prides itself on quality assurance based on longevity. The tradition is popular and in a recent survey 85% of Germans said that they support the Reinheitsgebot beer purity law arguing that it fundamentally protects German culture and tradition and it’s hard to disagree.

2. A German festival for German beer

Originally, Oktoberfest was a festival that served what is known as the Märzen beer style, amber and sweet and considered a ‘summer beer’, often attributed to its lighter colour. The imitative Oktoberfest celebrations that take place in the US particularly use this brewing style. But this hasn’t been the Munich Oktoberfest‘s official beer in years. In the 1980s, the festival for a number of reasons changed from offering the choice between the Märzen style and the golden Oktoberfest beer, often known as Wiesn bier, named after a colloquial term for the fairgrounds, Theresienwiese. While US versions of Oktoberfest continue to serve the Märzen style, Munich remains confident that its original brand of Oktoberfest is irreplicable. Only the six aforementioned brewers are permitted to produce the Oktoberfest style beer, a decision that was in part logistical; it’s far easier an occasion to organise if only one style of beer is served at the festival – but also for another reason, drinkability.

The Märzen style, is sweeter and contains more starch which makes it harder to intake in volume and contributes to a worse hangover. One way of looking at might be to analogise it to eating a pot of ice cream. Once the pot is finished, the sweetness dictates that you probably won’t want another. The same can be applied to beer and the sugary nature of the Märzen style. Oktoberfest believes in a high fermentation rate and a healthy balance between the body and hop concentration. The festival’s ethos and philosophy is well thought out and necessarily aims to avoid or at least limit, the inevitability of a hangover the next day.

Another reason for which the festival aren’t too happy with equivalents popping up in the States and elsewhere is that the Oktoberfest name and beer is a protected trademark and other events that purport to being the same but offer lower quality beer or a generally inferior occasion, damage the German festival’s reputation. The beer itself is also a protected trademark with a heavily guarded recipe and world famous reputation. Many lament the over-use and improper appropriate of the name applied to any generic beer festival that often promotes and sells craft beer.

The craft beer trend has encouraged innovation in Germany. However, crucially it has occurred in accordance with the Reinheitsgebot beer purity law. Brewing under this traditional law is argued to encourage an artistic element to brewing. For example, creating a fruity taste without actually using fruit in the brewing process poses a challenge but equally is thought to universally raise the bar in terms of brewing quality. There are no shortcuts – just brewing mastery, an ethos embodied by Oktoberfest.

Oktoberfest runs from 17 September to the 3 October.