Posted: 8 September 2016 | College of Agricultural, Consumer and Environmental Sciences (ACES) | No comments yet 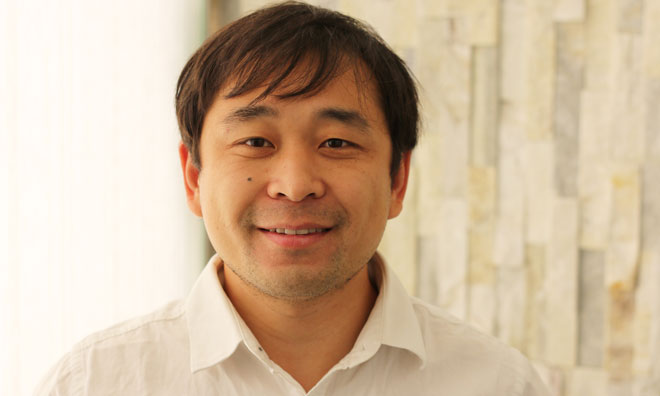 In this study the College of Agricultural, Consumer and Environmental Sciences (ACES) of the University of Illinois compare how West African sorghum crop yields will fare in the higher temperatures and higher CO2 of the future and if specific farming management practices or technologies are adopted and if they are not adopted.

As the globe continues to spin toward a future with higher temperatures, crop yields will likely decrease if farmers do not adapt to new management and technology practices. Establishing new strategies is particularly difficult for sorghum farmers in West Africa where seed varieties and fertiliser are scarce, while drought and unpredictable rainfall are prevalent.

“Climate change will impact both natural and agricultural ecosystems on the planet. The difference is that farmers can do things to adapt to the changing climate, and hopefully alleviate the impacts on their crops,” says Kaiyu Guan, an environmental scientist at the University of Illinois. Guan and his colleagues conducted a research project modelling practices farmers could adopt, weighing them against climate change scenarios.

“We started with a long list of adaptation options, but we finally narrowed it down to five that we believe are more feasible options for the future and for the sorghum farmers in West Africa,” Guan says.

The team uses 30 years of historical precipitation and temperature data—from 1961 to 1990—as well as eight different scenarios to project future climate changes from 2031 to 2060. Drawing from a new schematic of crop yield response under historical/current and future climate developed by the co-author David Lobell from Stanford University, they were able to determine the impact on crop yield from five management practices.

A summary of the findings show:

Guan says this research confirms what previous studies have concluded.

“If farmers don’t do anything about climate change in West Africa, there will be a severe impact – a net loss in crop yield. We have to do something. We also discovered that most of the approaches are not as effective as what we expected.”

But, it’s the novel way the team uses well-validated crop models to address the specific research question for which Guan sees the most value in assessing the potential impacts of the five farm management strategies.

“Our goal is to quantify the impact of a specific proposed adaptation option to determine how effective each adaptation is,” Guan explains.

“The new framework allows us to make those calculations so that the five adaptations in the eight climate change scenarios can be assessed against what the crop yield would be if no adaptations were initiated by farmers.”

Guan adds that this study provides detailed data for sorghum grown in the region of West Africa and a suggestion that the use of more heat-tolerant varieties of sorghum is the adaptation that will be most helpful. He believes this information will be useful to government agencies as they decide where to invest research dollars for adapting to climate change.

“Climate change will impact both natural and agricultural ecosystems on the planet.”

“People have said for a long time that some adaptation should be possible. But identifying which specific investments are most likely to help, and by how much, is still a pressing need, especially given the billions of dollars now being earmarked for adaptation,” says Lobell.

Getting new heat-tolerant varieties to West African farmers could be the next challenge. The current common practice is that farmers save seed from each year’s harvest and use the same variety over and over, Guan says. He suggests that perhaps government funding agencies or non-governmental organisations might be tapped to establish a way to distribute heat-tolerant sorghum varieties to these developing countries.

“Assessing climate adaptation options and uncertainties for cereal systems in West Africa” is published in Agricultural and Forest Meteorology.

The article is co-authored by Kaiyu Guan, Benjamin Sultan, Michela Biasutti, Christian Baron, and David B. Lobell. The work was funded by the Rockefeller Foundation, the US National Science Foundation, the NERC/DFID Future Climate for Africa Programme, and the France-Stanford Centre for Interdisciplinary Studies.

In addition to being an assistant professor in ecohydrology and geoinformatics in the Department of Natural Resources and Environmental Sciences in the College of Agricultural, Consumer and Environmental Sciences at the University of Illinois, Guan has a joint appointment as a Blue Waters professor affiliated with the National Centre for Supercomputing Applications (NCSA).