Hidden risks in your food 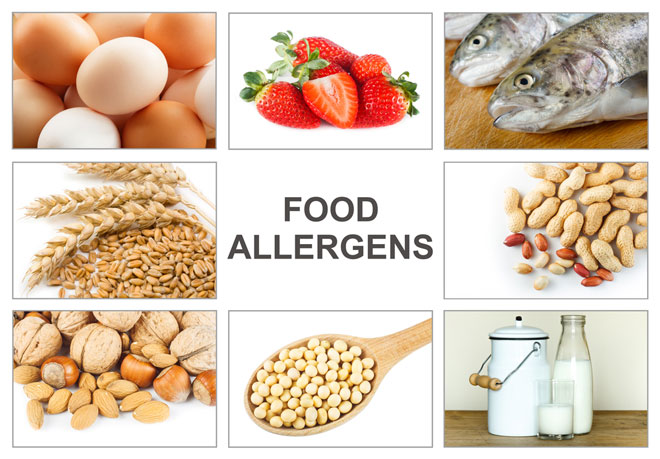 Food allergies have been on the increase for years. There is currently only one solution for patients: avoid allergy-triggering products. Fraunhofer researchers are making an important contribution to consumer protection by developing methods to specifically and reliably detect allergenic substances in foods. In addition, they are helping to establish processes that reduce the allergy-triggering properties of food ingredients focusing on soy. 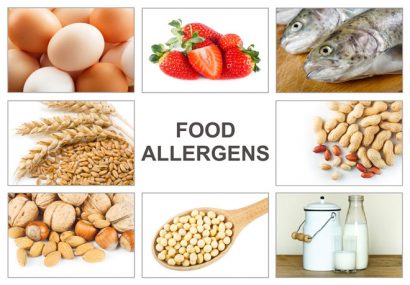 Eating is not a pleasurable experience for everyone. After a meal, many people suffer from abdominal pain, itchiness or diarrhoea. These complaints are often caused by a food allergy with peanuts, fish, milk, cereals containing gluten, eggs, celery, crustaceans, edible nuts, mustard, sesame seeds and soy proteins particularly triggering such undesired reactions. Those affected have no other choice but to avoid food with ‘their’ allergen.

“To date there are no food products, except for baby food, that are hypoallergenic and contain few allergens.”

However, this is no easy task – even the smallest quantities of allergens can get into food unintentionally if we take the example of when different products are processed in one machine. Since these traces are not considered an ingredient, they are not always listed on the packaging. The hidden allergens in foods by definition pose a health risk for people with food allergies.

In the LowAllergen project, several Fraunhofer institutes are joining forces to improve the situation of those with food allergies. The four institutes – The Fraunhofer Institute for Cell Therapy and Immunology IZI, for Process Engineering and Packaging IVV, for Molecular Biology and Applied Ecology IME and for Toxicology and Experimental Medicine ITEM – are working together on the development of innovative food allergy analyses, the reliable evaluation of allergens, the reduction of the allergenic potential of foodstuffs and detection methods that exactly determine this. The aim is to identify allergenic proteins and establish technologies to remove these during food production or treat them so that they no longer cause allergies. They are cooperating with Leipzig University Hospital for this purpose.

There are hardly any non-allergenic foodstuffs on the shelves

“To date there are no food products, except for baby food, that are hypoallergenic and contain few allergens. The production of such products is very complex. One reason for this is that although the allergenic components of food ingredients can generally be detected, to date, it is not possible to determine their specific allergenicity,” says Dr. Michael Szardenings, group manager at IZI.

Yet, taking soy as an example, the researcher and his team have now succeeded in doing exactly this.

“The human body can develop antibodies against all kinds of foreign substances. According to our findings, in the case of soy, this occurs in more places in the allergenic proteins than expected.”

“We are working on a test that will enable a broad range of food allergies to be detected with just one drop of the patient’s blood,”

Now scientists have established a method that can be used to identify the allergenic components/regions of proteins recognised by the patient’s antibodies – experts call these epitopes – directly in the antibodies in the blood serum.

“Antibodies activated in a person with an allergy are directed against specific molecular sections of the allergens. Patients react to these molecular sections, known as epitopes. We were able to identify 374 allergy-relevant epitopes,” said the sub-project manager.

To this end, the researchers analysed 50 blood sera of patients with a soy allergy. During the process, they used a peptide phage display refined at the institute, a method which, among other things, is used for studying proteins and for clarifying antibody interactions.

In addition, colleagues at Fraunhofer IVV in Freising showed that soy proteins can be modified so that they are less allergenic. Soy protein isolates were produced and modified using a wide variety of methods. Various heating methods were applied, such as treatment with plasma, pulsed UV light, gamma radiation and high pressure as well as chemical, enzymatic and fermentative processes. Scientists were able to extract soy protein ingredients with especially low immune reactivity, particularly via the combination of enzymatic hydrolysis and a microbial fermentation.

“Enzymatic hydrolysis aims to reduce the epitopes, the allergenic components of the proteins. Special epitopes, known as conformational epitopes, can also be eliminated through the folding and unfolding of the protein structure or the amino acid sequence of the proteins is destroyed,” explains Dr. Peter Eisner, a scientist at Fraunhofer IVV and project coordinator.

The soy proteins produced in this manner also have improved sensory properties, including better taste.

“We have already filed a patent application for the production of hypoallergenic protein preparations,” says Eisner.

Through the FoodAllergen project, the scientists want to build on their research results and apply established methods to other food allergies. To continue improving patient diagnostics, Fraunhofer researchers at IVV, IZI and IME are planning to examine the sera of allergy sufferers on a large scale in cooperation with Leipzig University Hospital. One aim is a biobank with more than 500 sera of those affected. 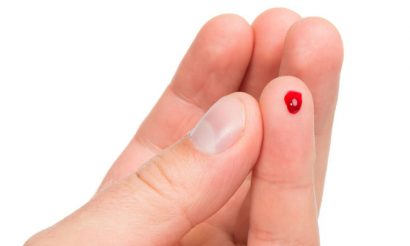 “We are working on a test that will enable a broad range of food allergies to be detected with just one drop of the patient’s blood,” according to Szardenings.

This would also allow for better detection of cross reactions that typically occur in the skin test– known as the prick test – used in medical practices and that cannot be separated. For example, if someone is allergic to birch pollen, his or her antibodies often react to soy proteins. This means the prick test finding would be positive although the person concerned is not actually allergic to soy.

“With our test, one can precisely determine whether there is a risk of a soy allergy. It could even be evaluated immediately at the medical practice,” says Szardenings. Another idea from the researchers is to combine the evaluation with an app in the future.

“A person takes a photo of the test with his smartphone. He receives the result shortly after via the app, which is connected with the evaluation software.”

The FoodAllergen project was launched in the spring of 2016 and runs until March 2019. The Fraunhofer Future Foundation is sponsoring the project with a sum of €6.6 million.

Could we be to blame for an increase in food allergies?

Adapting to food delivery during lockdown

Seven challenges and trends the food industry can expect in 2021

One response to “Hidden risks in your food”