[WEBINAR] Better ways of using audit and compliance data to improve food safety and quality
Food Safety Live 2021 – Save the date for our new virtual event
[WEBINAR] How precise is precise in liquid material reception?
[WEBINAR] How to minimise organic contamination and product loss
Did you miss our In-Depth Focus on Food Safety? Download now!
[WEBINAR] More data, less effort
Read more about ingredients, food innovations and sustainable clean label products….
[WEBINAR] How to be more innovative – and faster
article

Regulation: Food for animal feed should not be classified as waste

It is estimated that grocery waste at the manufacturing and retail levels amounts to 6.5 million tonnes (Mt.) annually. Food manufacturers are taking steps to reduce this waste and linear resource use (produce – use – throw) is becoming passé. Now the concept of the circular economy is gaining momentum, whereby the value of products and materials is maintained for as long as possible. This means waste is minimised and resources are kept within the economy when a product has reached the end of its life, to be used again and again to extend value. 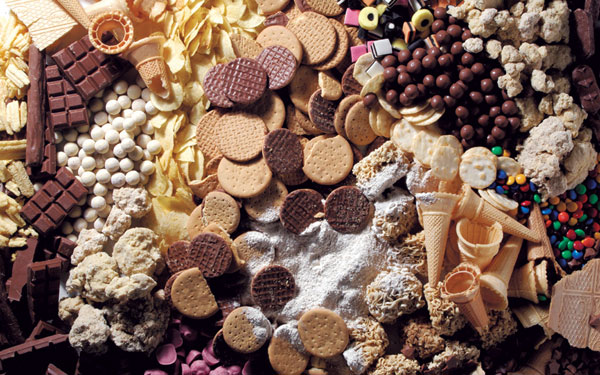 To facilitate the move to a more circular economy, in December 2015 the European Commission put forward a new Circular Economy Package, which includes revised legislative proposals on waste to enable industries to become more efficient with resources. Food waste was one of the key areas addressed, to help meet the United Nations target, adopted in September 2015, of halving per capita food waste at the retail and consumer level and reducing food losses along production and supply chains.

Clarification on legal framework for former foodstuffs One of the steps proposed by the European Commission, in the section addressing food waste, is to unambiguously clarify that former foodstuffs destined to become animal feed should under no circumstances be considered as waste.

Making the legal framework clear is part of Europe’s strategy to reduce waste along the entire food chain. The report states that: “EU action is also important in areas where food waste can result from the way EU legislation is interpreted or implemented. This is the case for rules concerning food donation to food banks, and the use of safe unsold food as a resource in animal feed – the Commission will take measures in these two areas.”

This proposal is an important milestone. Previously, operators have depended on national competent authorities to correctly interpret this secondary resource as a ‘by-product’ under the Waste Framework Directive. According to the legal definition agreed by the European Union, waste is “any substance or object which the holder discards or intends or is required to discard”. By-products also have a legal basis under EU law, and may variously be termed ‘production residue’, ‘co-products’ or ‘excess product’.

The factors influencing the issue of leftover food are numerous and sometimes they cannot be avoided. When food is manufactured, for example, there are inevitable by-products and a proportion of the finished items cannot be sold for human consumption. Production errors, overcooking, wrong weights and sizes, trial runs, elapsed sell by dates and packaging defects, can all prevent produce from ever making it onto the supermarket shelves or into catering establishments. In addition, surpluses can result from seasonal festivities, such as sports events, Easter and Christmas. Whilst these products may be considered unsuitable for human consumption, they still contain many valuable nutrients. Examples of former foodstuffs used in animal feed are bread, biscuits, cakes, chocolate, crisps and breakfast cereals.

Of course this process is subject to stringent regulations and checks. For example, produce destined for inclusion in animal feed must be kept entirely separate from other foods during transport, storage and dispatch to and from a supermarket returns depot or manufacturing plant. Former foodstuffs must be in full compliance with EU feed safety requirements as well as the General Food Law’s demands as regards traceability, in order to become eligible for feed use (EC Regulation No.178/2002).

They should not be confused with swill, food and catering waste that is not allowed to be used as animal feed. This ban, dating from 2002, aims to minimise the risk of transmission of animal diseases such as foot and mouth and swine fever.

Under the principles of the waste hierarchy – a prioritised programme that encourages the most appropriate use of resources – the greatest level of effort should be made to reduce the level of surplus food created in the first place. Prevention of food ‘waste’ at source means valuable materials are retained.

When the creation of surplus food cannot be avoided, efforts to reduce waste through redistribution to people should be the next step, for example through food banks as the next route. Following attempts to prevent and minimise food waste, efforts should then be focused on reusing and recycling surplus produce by, for example, conversion to animal feed.

Composting and energy recovery receive a lot of attention in the media, however it is important to remember that, under the principles of the waste hierarchy, energy recovery is only marginally better than traditional disposal. Where possible, valuable nutrients need to be retained in the food chain. Processes such as anaerobic digestion (AD) should only be considered when all earlier opportunities in the waste hierarchy, including re-use and recycling have been exhausted.

Not all manufacturers realise an alternative option exists for their surplus food. Additionally, government incentives are being offered to support anaerobic digestion (AD) projects, for example, which often wrongly promote the pursuance of this option, rather than a more waste reducing hierarchically compliant route.

Currently there still are many food manufacturers in the EU that prefer to dispose their food by-products through bioenergy or compost, fearful that the legal responsibility of a ‘feed business operator’ could be a risk factor. The removal of any legal uncertainty around the safe use of food losses in the feed chain will remove the barriers that put a brake on the use of former foodstuffs in animal feed and help benefit the EU circular economy.

The Commission is now calling on the European Parliament and Council to prioritise adoption and implementation of the legislative proposals. Once the EU legislation clarifying that surplus food is not waste is transposed into country specific legislation, there will be an even greater drive to keep food out of landfill and build a resource efficient economy.

Paul Featherstone is Group Director of SugaRich, the UK’s largest recycler of surplus food into high quality animal feed. Paul is responsible for procurement, logistics and the vitally important link between the business and regulatory authorities and associated trade partners.

He is the current chairman of The European Former Foodstuff Processors Association – representing the interests of all EU member states’ businesses involved in the safe processing of food to feed.

In the UK he works alongside the Advisory Committee on Animal Feeds (ACAF – reporting to the Food Standards Agency) and represents the former foods sector with both the Food & Drink Federation and the Scottish FDF.

Watch this week’s food and drink headlines in 60 seconds

Could food waste soon be used to power data centres?

Article: Manufacturers in the Food & Beverage Industry: how can you cope with your fast-moving environment?