Pesticide Residue: The impact of regulatory changes on lab testing

The last 50 years have seen a marked increase in consumer awareness and concern about the quality and safety of food, including the effects of pesticides used in crop production and home gardens. Fortunately, analytical test methods have also progressed. Analysis has advanced from needing several days to semi-quantitatively measure a handful of active substances to using powerful multi-methods to rapidly test hundreds of substances to an accuracy of a few micrograms per kilogram in only a few hours. 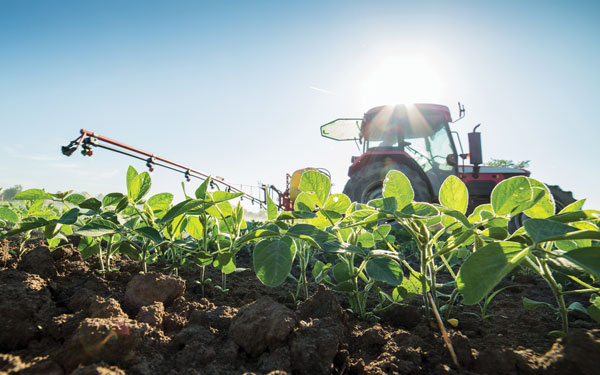 This trend toward higher accuracy, complexity and speed is not limited to analytics; it also applies to other areas of pest management. We have very selective active substances that undergo enormously complex approval processes. Comprehensive terms of use for pest management products have to be verified for accurate application by producers of fresh produce, and the evaluation of residue results has become increasingly complex. The continued development of new analytical capabilities pushes us into new, unknown, dimensions and also enables discovery of new problem substances and issues of legal evaluation.

In 2012 these principles provided the basis for the classification of didecyldimethylammonium chloride (DDAC) and benzalkonium chloride (BAC) as residues of active pesticide substances. At the time an EU registration for DDAC as a pesticide for ornamental crops was in place, so a default MRL (per Article 18 of (EC) 396/2005) was applicable. When the substances are used in post-harvest treatments of fruits, this approach is absolutely in line with the definition for pesticides, but it was soon discovered that many residues were the result of disinfection treatments in actual food facilities. These treatments had increased due to the EHEC E. coli crisis of 2011 (in Germany more than 800 people were sickened and 53 died in this outbreak traced back to fresh produce). After the outbreak, quaternary ammonium compounds such as DDAC and BAC, which are highly effective against some common pathogenic germs and have low toxicity, non-corrosiveness and high surface activity, became widely used in the fresh produce and fresh-cut industry.

A similar problem occurred the following year with perchlorate and chlorate in fresh and fresh-cut fruit and vegetables. It was unclear which limit would be applicable for perchlorate until an EU statement classified perchlorate as a contaminant. Later, the EU set toxicologically-derived limits and the general rule to minimise contamination was applicable. Chlorate, for a long time, reached no agreement from EU member states and still has no fixed maximum residue limits. Although chlorate was regulated within the scope of regulation 396/2005 as a former approved substance, it was quickly realised that the ascertained residues were not traceable to the use of pesticides in the traditional sense, but instead originated from disinfection processes (partially at food companies and partially through local water suppliers). Requirements for significantly improved industrial hygiene and the fear of Salmonella and Listeria in fruit and vegetables led to the application of disinfectants which, instead, unintentionally rendered food ‘unmarketable’. This caused economic consequences and negative media coverage and public perception.

Public emotions were not running as high with regard to phosphonic acid, possibly because the reclassification of this widely used plant fortifier and fertiliser, which was even permitted in ecological cultivation, into a dangerous pesticide substance was not easy to convey.

This incident illustrates two important trends that will likely increase in the coming years: 1) More and more substances will be available for routine analysis and 2) decomposition products of substances will be included more frequently in the residue definition; however these are partially not substance-specific (phosphonic acid can result from fosetyl-Al, potassium phosphonates and fertilisers/fortifiers) and obtain plausibility only in combination with the proof of the mother substance. This will mean an increase in the number of analyses required. If today, for example, 110 substances have to be analysed for the monitoring of 100 substances, this might increase in the future to 140 or more substances and, in the case of a positive result, the origin of the metabolite will also have to be clarified. Despite today’s powerful multi-methods, current analysis techniques may reach their limits with an increasing number of substances including metabolites. This could soon make new screening techniques (such as high-resolution masses) necessary for routine analysis.

In addition, especially regarding metabolites, an increased number of substances may be found that are not suited to multi-methods and that will require additional single methods for a reliable verification of MRL conformity. The extent to which these new methods, based on additional costs and processing time, will find acceptance in the market is unknown. It is likely that there will be more conflicts with the MRL since metabolites can often be found in surprising quantities in some products.

Additionally, these decomposition products may potentially not be recorded in self-analyses commissioned by the local producer, whereas the monitoring analyses by the retailers that record these metabolites then lead to complaints and recalls.

It is interesting to note that commercially acquirable reference standards are not always available for all substances of the residue definition.

Techniques to evaluate the total toxicity in samples are in development, initially by means of cumulative assessment groups (CAGs). In this new method the individual substance (including metabolites if applicable) is no longer considered with regard to the toxicological assessment; instead, the toxicity of multiple substances that exhibit similar toxicological properties in a specific organ or system are multiplied by toxicity equivalents and added up. This will be extremely complex in practice. For example, a manufacturer of pest management products would not only have to keep the maximum residue limits in mind (using the approved terms of use as a guideline) but, if substances are classed in the same CAGs, would also have to determine the potency factor for each substance. Not many substances with the same effect mechanism are likely to be in one sample and substances with a high potency factor should have particularly low residues. These considerations have to be brought into alignment with secondary standards, to set the level of residues below the official limits and to limit the number of the substances.

A measured residue can be correctly toxicologically assessed in several ways. It can be calculated with the measured value using the Pesticide Residue Intake Model (revision 2; EFSA-PRIMo), in case the definitions for monitoring and risk assessment are identical. Alternatively, if the definition of risk assessment and monitoring deviate (e.g. the sum of dimethoat/omethoat, fenpyrazamine) the total residue for the risk assessment must be calculated either separately or by a conversion factor. This requires significant additional lab expense in programming, data maintenance and intensive research on the toxicology of substances using the publications of the European Food Safety Authority (EFSA), but it also guarantees a precise toxicological assessment that meets both EFSA and regulatory requirements.

Other issues on the horizon will influence pesticide monitoring in the short, medium and long term. These include:

The future of pesticide regulations, and therefore a laboratory’s ability to adequately test for these substances, depends on many factors and underscores the importance of labs staying up-to-date with these developments. It will help labs deliver services as soon as legislation is finalised and involve customers in upcoming changes at an early stage.

Torsten Pöppelbaum works at NSF Erdmann Analytics as a scientific expert and key account manager. He is primarily responsible for the assessment of residues of pesticides and veterinary drugs. Amongst others, he is founding active member of the German laboratory association for Fruit and Vegetables.