Infant Nutrition: The first 1000 days and the long-term impact on health

It has been recognised by health experts, that the first 1000 days – from conception to a child’s second birthday – is a critical window of opportunity to influence the future health outcomes1 . This critical period is the most influential time in a young child’s life, their behaviours and the nutrition they get in this time helps to set their future foundations for life and can have an impact on their health and happiness later in life2. 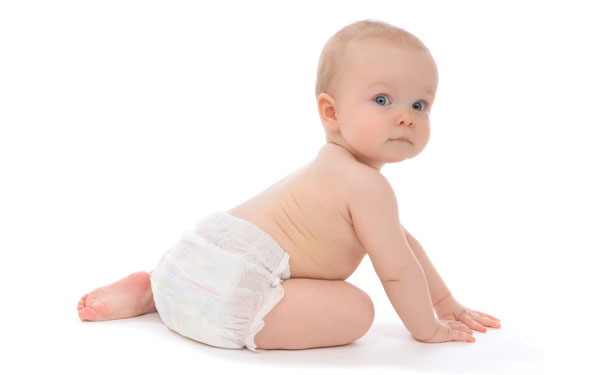 Nutrition in this period is particularly crucial2,3. Early nutrition wields both short and long-term effects on the health of an infant, by programming the infant’s development4 . Evidence suggests that this ‘developmental programming’ has a long-lasting effect on the risk of obesity in later life, and in turn, associated non-communicable diseases; type 2 diabetes, hypertension and cardiovascular disease5 .

Importance of breastfeeding on infant nutrition

Global guidelines recommend exclusive breastfeeding for the first six months of an infant’s life, and breastfeeding in combination with suitable, nutritionally balanced complementary foods beyond that8,9. Breastfeeding is undoubtedly the best method of infant feeding, not only because breast milk is nutritionally superior, but it also has unique advantages that are not possible to replicate with bottle-feeding10.

Research into the benefits of breastfeeding for both the infant and the mother, shows that these benefits are not due to the breast milk alone, but rather breastfeeding as a whole. Benefits for the mother include, but are not limited to, a reduced risk of breast and ovarian cancers11,12, and a strengthening of the emotional bond with their infant.

Although it is thought that almost all mothers can breastfeed successfully, it has been acknowledged that a small number of health conditions may justify the recommendation to cease breastfeeding temporarily or permanently17, in which case there is an explicit need for suitable breastmilk substitutes. In addition to this medical need, some women in the UK choose not to initiate breastfeeding, and many of those who do start change to formula feeding within six weeks of the baby’s birth, for various reasons.

Infant formula is commercially known as ‘First’ Infant Milk, and is the only recommended alternative to breastmilk for infants aged younger than six months18, 20. Infant formula is nutritionally complete and usually made from a base of cows’ milk. Breastmilk naturally contains all the essential nutrients an infant needs, and is adaptable to the infant’s requirements over time. Infant formula is designed to mimic breast milk as closely as scientifically possible21, but does not have the ability to adapt in response to the infant’s needs. If an infant is not being breastfed after six months, follow-on formulae are available. These are fortified milks with increased levels of certain nutrients, such as iron and vitamin D, designed to help meet infant’s needs at this age.

All formulae intended for infants must be safe and suitable to meet the nutritional needs of infants and promote healthy growth and development when consumed exclusively during the first six months of life. At six months, when complementary foods are introduced to an infant’s diet, nutrients should be added to the formulae only in amounts nutritionally beneficial to the infant22.

Infant formulae and follow-on formulae are products designed specifically to satisfy the nutritional needs of healthy infants. The nutritional compositions, labelling, marketing and advertising of these formulae are covered in the Commission Directive 2006/141/EC23. The composition of these products is tightly regulated; protein, fat, carbohydrate, minerals, vitamins are controlled and include, when necessary, minimum and maximum values.

Protein – what is it and why is it so important?

Childhood obesity is a serious public health concern. It is recognised that breastfed infants are the benchmark for appropriate growth in infancy; this is because breastfeeding is the ideal way for an infant to be fed. This is reflected in the most recent WHO Growth Charts, which are based on breastfed infants24. Breastfed infants gain weight more slowly in their first year of life than formula-fed infants, which could go some way to contributing to their decreased risk of becoming overweight or obese in later life21, 25.

Protein is an essential nutrient for growth and repair of the body, and is important for the maintenance of good health. Proteins are fundamental structural and functional components of every cell in the body, and are made up of long chains of amino acids. Out of 20 amino acids found in proteins, eight of these are defined as essential. In infants and young children an additional seven are considered to be conditionally essential. This is because infants and young children are unable to make enough of these amino acids rapidly enough to meet their high needs for growth27. The amino acid content of breastmilk is the best estimate of the requirements of an infant24. Of the essential amino acids, four – threonine, valine, leucine, and isoleucine – have been shown, when supplied in excess, to be associated with an increased secretion of insulin (insulinogenic amino acids)26.

The accelerated growth hypothesis is a proposed explanation of the contribution of protein to childhood obesity 5.

The ‘early protein’ hypothesis suggests that high protein intakes during early life has subsequent impact on overweight and obesity risk in later life. The proposed mechanism links excess protein intake – and therefore excess insulinogenic amino acid intake – to hormonal responses, such as the stimulation of insulin and insulin-like growth factor-I (IGF-1). This insulin and IGF-1 release may result in accelerated growth and increased adiposity5, 28, 29.

Innovation and reformulation of infant formula and follow-on milks

In response to these statements, in recent years, some companies have lowered the protein content of their infant formulae and follow-on formulae. However, EU regulations place limitations for protein reduction in these products, with a minimum protein level of 1.8g/100 calories required for both infant and follow-on formulae23.

Additionally, protein reduction is a complex process which affects the overall stability of the milk, as well as the mineral content31. It is also important when reducing the protein content of infant and follow-on formulae that the overall quality of amino acids is considered, with breastmilk being the best model for quality24. Manipulation of the protein involves reducing the amount of insulinogenic essential amino acids to ensure that these are not available in excess, whilst ensuring essential amino acid needs are met. The aim of making these composition changes to infant formulae and follow-on formulae, is to achieve a slower growth rate of formula fed infants, comparable to that of a breastfed infant, and in turn to reduce the risk of becoming overweight or obese to formula-fed infants.

In conclusion, the first 1000 days – from conception to two years – is a critical time period for shaping the future of an infant. In particular, nutrition in this time frame is key for the future development and health of infants. The risk of childhood obesity may be significantly reduced if infants breastfeed – which remains the best possible nutrition in early life. However, when exclusive breastfeeding is not possible, or is not chosen, infant formulae must support the nutritional needs of the infant. Research suggests that the protein quantity and quality in infant formulae and follow-on formulae should be addressed and adapted to more closely mimic the protein composition of breastmilk, in an effort to achieve a slower growth pattern, similar to that of breastfed infants.

Rosie Long works as a Nutrition Graduate at Nestlé UK in Gatwick, United Kingdom. She has recently graduated from Bournemouth University with a BSc (Hons) in Nutrition, and is an Associate Nutritionist on the UK Voluntary Register of Nutritionists. She has worked on a number of projects within SMA Nutrition and has developed a specific scientific knowledge of infant nutrition.