In ripened cheeses, the nitrogen fraction is mainly constituted by caseins, which are the most abundant proteins in milk and are concentrated during the cheese-making process, and the derived peptides. Whey proteins are usually considered to be lost in the liquid whey fraction during curdling, although it is well known that during the cheesemaking process a small, but significant, part of the whey proteins can be trapped in the curd, thus being incorporated in the final cheese product. The casein fraction is mainly composed by: α-S1 casein and β-casein; K-casein and α-S2 casein are also present in smaller amounts. The most abundant whey proteins are β-Lactoglobulin (β Lg) and α-Lactoalbumin (α-La).

During the long maturation period, proteolysis is one of the most complex events: cheese is characterised by a significant solubilisation of the casein fraction, which leads to important structural modifications. Casein breakdown is very intensive during the first months and then sensibly decreases, mainly during the final stage of ripening. On the other hand, the soluble fraction initially increases and then becomes stable leading to a balance between peptons and low molecular weight peptides or amino acids. Ammonium nitrogen, being the last step of nitrogen catabolism, progressively increases during all the ageing period1. The importance of peptides is not limited to their contribution to the development of flavour and texture in the ripened cheeses, they also show a certain bioactivity. In fact, bioactive peptides may be encrypted in the amino acid sequence of larger proteins and become active only after they are released2,3. Furthermore, since different mammalian species usually show differences in the casein sequences, during the proteolytic process taking place throughout cheese production and ageing, homologous but not identical peptides can be generated. These peptides may become molecular biomarkers in order to determine the species authenticity of the cheese, aspect of crucial importance inside the food quality.

Chromatographic techniques offer a unique possibility for the rapid and reliable separation and quantitative determination of highly similar chemical structure molecules in complex matrices, and have therefore found wide use in the field of foods analysis4. Because of their advantageous separation characteristics, chromatographic techniques have been applied for the molecular characterisation of the water soluble nitrogen fraction of traditional ripened cheese, with the aim of identifying and semiquantifying proteins, peptides and peptide-like molecules with potential technological and biological properties. Water soluble extracts (WSE) of cheese can be prepared by simply homogenising finely grated cheese in deionised water, filtering the mixture and, when necessary, concentrating before the chromatographic analysis. Figure 1 shows a typical chromatogram of WSE of ripened cheese obtained by High Pressure Liquid Chromatography Electrospray Ionisation Mass Spectrometry (HPLC/ESI-MS) analysis. As it can be seen, in only one analysis is it possible to distinguish the main nitrogen fraction composing maturated cheese.

The HPLC/ESI-MS method used allowed us to confidently quantify whey proteins (α-La and β-Lg) at a level of a few milligrams/100g and to separately detect the two main β-Lg isoforms named variant A and variant B. The two isoforms differ only in two amino acids. The relative abundance of the Lg isoforms varies according to the genetics of the cow breeds providing the milk used for cheese making, allowing the potential use of this ratio, even in long aged cheese, as molecular marker for the assessment of the cow breeds providing the milk used for the cheese production. The B variant has also been associated with an improved cheese making quality of the milk5.

Moreover whey proteins identification may be exploited for species authentication of milk or milk mixtures in cheeses since it has been demonstrated that the ratio between β-lactoglobulin peaks is not affected by the degree of ripening. Based on the fact that the amino acidic sequences are not identical (Figure 2), they can be easily discriminated by HPLC-MS also after applying a simple extraction procedure. This approach has been recently demonstrated to be effective, for example, for the detection of adulteration of water buffalo milk and mozzarella with cow’s milk6.

At the same time it is possible to quantify/semiquantify aminoacidic and oligopeptidic fractions. Free amino acid content in cheeses usually steadily increases in the first months of ageing, thus their amount can be useful to roughly discriminate the ripening of cheese, particularly for a short ripening time, since the amounts of free amino acids tend to level up after some months. Proteolytic peptides, instead, are continuously produced and degraded during ripening time, and Non Proteolytic Aminoacyl Derivatives (NPADs), recently characterised in literature7, are constantly accumulated during the all maturation period. As a consequence, the composition of the peptide fraction of cheeses is strictly related to the ageing time8, allowing to discriminate cheeses according to their ripening.

Due to the high amount of data generated by HPLC/ESI-MS, statistical analysis is needed, first to identify the molecules mainly affected by ageing and then to create a predictive model. A good assessment of the ageing time through the analysis of the peptides has been reported in Italian traditional cheese combining the relative amount of NPADs, proteolytic peptides and amino acids, chosen by the authors as possible markers9.

Starting from the same chromatographic analysis, in some cases, by exploiting data achieved by in source fragmentation, it is also possible to identify the aminoacidic sequences belonging to the mainly occurring peptides. This represents a very important aspect because it allows us to distinguish between the different animal species from which milk is provided. In the other cases a previous study of the sequences is necessary, for example exploiting tandem mass spectrometry or high resolution mass spectrometry detection. By using the same chromatographic method, once identified the aminoacidic sequences of interest (marker peptides) can be easily recognised in the full scan HPLC-ESI/MS chromatogram, maintaining the main advantage of the use of a cost-effective and simple-to-perform method for species authentication. The use of proteolytic peptides, which are naturally present in the oligopeptide fraction of cheeses, as molecular markers for species identification has been demonstrated to be a very useful tool for assessing cheese authenticity, for example to detect the presence of cow milk in cheese declaring on the label ‘only sheep milk’10. Taking into account the increasing availability of relatively inexpensive LC-MS instrumentation and the minimum sample handling, the method can find a really applicability for potential routine analysis in control laboratories. To protect consumers, the legal authorities must be able to verify the labeling and description of food and, on the other hand, the food industries need warranties on raw materials used, especially when a simple inspection would not allow to discriminate between the different components, and also, they have to prevent unfair competition from who want gain an economic advantage from the incorrect description of the food on sell.

So far the most employed techniques used to assess species authenticity are based on DNA analysis, that is strong rationale providing clear results and can be applied to almost every foodstuff. By these techniques, that often require time consuming and very specialised operators, accurate quantitation might be difficult, and in heavily processed food DNA can be problematic to amplify, sometimes producing false negative results. Taking into account the higher resistance of peptide to food processing as compared to DNA sequences, the identification of peptide markers of a specific species can be an interesting and promising alternative due to its high discriminating power. The possibility to standardise a fast and easy protein/peptides extraction with minimum sample handling together with the high selectivity, robustness and sensitivity of HPLC coupled to mass spectrometry, would overcome some of the limitations currently existing for quantitative determinations of highly processed food samples. A similar approach has been recently proved to be effective for species authentication purpose also on other different food matrices such meat11 or wheat12. In these cases, since the proteins are present in their intact form, to release biomarker peptides, easier to detect and quantify than the proteins themselves, a controlled in vitro digestion step is carried out prior performing the LC/MS analysis.

Francesca Lambertini is a Scientist at Barilla Spa (Parma, Italy). She took a five-year Master’s degree in Food Science and Technology and completed her academic education obtaining a Philosophy Doctor Degree. Prior to joining Barilla Spa, she worked as a Research Fellow at the Department of Organic and Industrial Chemistry of the University of Parma for several years. Here she became skilled in food chemistry, in particular gaining experience in the peptidomic/proteomic area and liquid chromatography-mass spectrometry techniques, as well as in teaching nad project supervision. Since 2011, Francesca has been working in the Food Chemistry and Safety Research Area of Barilla Spa. Her scientific activity is mainly dedicated to the studies of emerging food contaminants with a particular focus on those related to the migration from packaging. Francesca is co-author of more than 30 scientific publications. 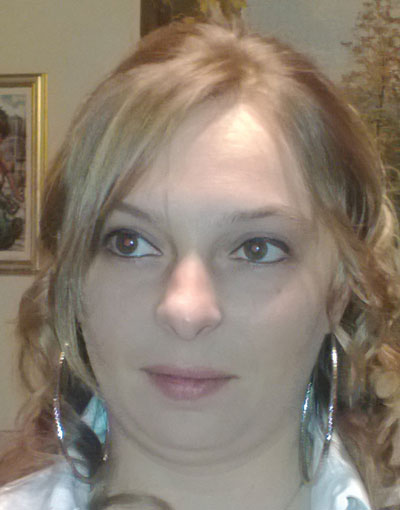