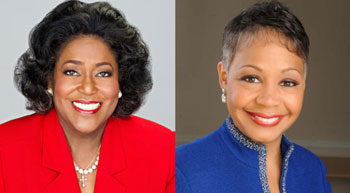 The Coca-Cola Company today announced Senior Vice President of Global Community Connections and Chair of The Coca-Cola Foundation, Ingrid Saunders Jones, will retire after 30 years of distinguished service with the Company, effective June 1. A well-respected global leader, Jones joined The Coca-Cola Company in 1982 and has held roles of increasing responsibility around the Company’s corporate giving and community outreach. She has served as Chair of The Coca-Cola Foundation since 1991.

During her three-decade Coca-Cola career, Jones has led the transformation of the Company’s philanthropic outreach, growing a U.S.-focused program into a global campaign, which now includes water stewardship, active healthy living, community recycling and education programs worldwide. Under Jones’ leadership, The Coca-Cola Foundation has awarded more than $500 million to thousands of community organizations worldwide.

“Over the past 30 years, I have been grateful to work for a company that commits the talent and time of its employees and its philanthropic dollars to issues and organizations that empower and enhance the lives of others,” said Jones. “I’m proud of the work of the Foundation and believe deeply in the people and communities we’ve served around the world. I am fortunate to have worked with extraordinary leaders, community supporters and caring and committed associates.”

Jones’ community and leadership accomplishments are many. They include chairing a number of notable national and local organizations such as the United Way of Metro Atlanta, the Woodruff Arts Center, National Black Arts Festival, and The Carter Center Board of Advisors. In addition, she serves or has served on the board of organizations such as Clark Atlanta University, the Congressional Black Caucus Foundation, the Ohio State University President’s Council on Women, Girl Scouts of the USA, The Coca-Cola Scholars Foundation and The Coca-Cola Africa Foundation. She is currently the Chair of the National Council of Negro Women.

A testament to her leadership within the community, Jones has received many honors from organizations ranging from the National Urban League and the Jackie Robinson Foundation to the Executive Leadership Council, National Women’s Research Alliance and the YWCA of Atlanta.

“Ingrid’s contributions to our Company and to the communities we serve worldwide cannot be overstated,” said Muhtar Kent, Chairman and CEO, The Coca-Cola Company. “Simply put, she has been the heart and soul of Coca-Cola in the community for three decades. Her passion for serving and improving communities has made a profound difference in the world and taught us that we all possess the ability to transform the lives of others. We are deeply indebted to her incomparable legacy of service and we wish her all the best as she moves into the next phase of her life.”

The Coca-Cola Company also announced Lisa Borders will succeed Jones as Vice President of Global Community Connections and Chair of The Coca-Cola Foundation, effective May 1. Borders joins Coca-Cola after serving as President of the Grady Health Foundation – the philanthropic arm of Grady Health System – Georgia’s largest public hospital and Atlanta’s premier level I trauma center. As Foundation President, Borders led the Greater Grady capital campaign, a five-year, $325 million effort, and guided the system’s development efforts during the most important period in Grady’s history.

“I am excited to be joining a company that has played such a critical role in my hometown and around the world not only as a driver of economic growth but of social empowerment and philanthropic leadership,” said Borders. “I look forward to leading the work of The Coca-Cola Foundation and continuing its legacy of service to others.”

Borders has extensive experience leading a range of community-focused civic, philanthropic, business and political endeavors. Formerly, she served as President of the Atlanta City Council, Vice Mayor of Atlanta and Co-Chair of the transition team for Atlanta Mayor Kasim Reed. Her numerous Atlanta initiatives have included increasing the availability of affordable housing, uncovering transportation solutions and promoting neighborhood safety and preservation. She holds a Bachelor’s Degree from Duke University in Durham, N.C., and a Master of Science in Health Administration from the University of Colorado in Denver.

“Lisa is an accomplished leader in all aspects of what we call the Golden Triangle – the partnership between civil society, business and government,” said Kent. “Her deep background in philanthropic giving, public service and corporate strategy brings to the Company the right combination of experience to lead our global community outreach. We welcome Lisa to the Coca-Cola family and wish her the best of success in her new role.”