PepsiCo announced that Alan Hoffman has joined the company… 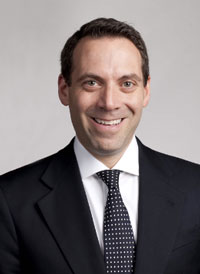 Hoffman most recently served as Deputy Chief of Staff to the Vice President of the United States Joe Biden and Deputy Assistant to the President, where he was responsible for the long-term planning and day-to-day operations of the vice president’s office. In this role, he provided policy, political, communications, legislative, and legal advice to the Vice President, Cabinet members and Administration staff.

“Alan is a proven leader who brings tremendous experience and expertise to PepsiCo,” said Larry Thompson, executive vice president, government affairs, general counsel and corporate secretary, PepsiCo. “Alan is well-versed in a wide range of public policy issues and widely respected across all levels of government, and we look forward to benefiting from his leadership.”

Prior to his most recent position, Hoffman served as Chief of Staff to Senator Biden from 1998 to 2003 and again from 2006 to 2008. He was also senior presidential campaign advisor and chief operating officer to Vice President Biden during the transition following the 2008 presidential election.

He also spent time as a partner at Timmons & Company, a Washington, D.C. government relations and consulting firm, and as vice president for external relations at the RAND Corporation.

Earlier in his career, Hoffman served in the Clinton White House working on health policy issues. In addition, he worked in the Department of Health and Human Services as special assistant to the assistant secretary for legislative affairs and in the Department of Justice as special counsel to the assistant attorney general for legislative affairs. He also served as an Assistant U.S. Attorney in Philadelphia, where he prosecuted federal crimes for the Justice Department.

Hoffman replaces Dan Bryant, who was recently named chair of the public policy and government affairs practice at Covington & Burling.

Hoffman holds a J.D. and a Masters of Public Administration degree from the University of Southern California and a B.A. degree from Lafayette College.

He will report to Thompson and be based in PepsiCo’s Purchase, N.Y. headquarters.