Nestlé steps up European production with investment in Spain 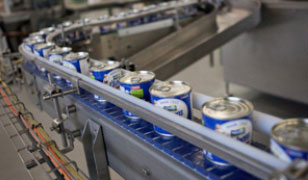 BOOSTING EXPORTS: Almost half of the factory’s production is exported to Europe, Asia and Africa. BOOSTING EXPORTS: Almost half of the factory’s production is exported to Europe, Asia and Africa.

The company’s announcement follows two major financial commitments it has made to develop its manufacturing operations in Europe this year.

The company’s investment in Pontecesures is the third it has made in Spain in the last 18 months, reflecting its belief in its Spanish operations despite the country’s challenging economic situation.

Almost half of the Pontecesures factory’s production is exported to countries in Europe, Asia and Africa. The investment has boosted exports by 12%.

The factory now has eight production lines, allowing it to manufacture condensed milk products in a variety of different formats.

This followed a CHF 64 million investment to boost production at its Nescafé Dolce Gusto factory in Girona in March 2011.

Nestlé’s factory in Pontecesures uses fresh milk supplied by more than 260 farms in the local province of Galicia.

Its commitment to its milk suppliers in the region goes beyond the collection of raw material.

Among the factory’s 149 employees is a team of agricultural advisors who help local farmers improve the quality of their milk while adopting more sustainable practices.

Earlier this year, the team helped 25 livestock farms in the area achieve externally certified milk production in line with standards set by Spain’s Ministry of Agriculture, Food and Environment.

The success of this pilot programme has now led Nestlé to help another 70 farms work towards achieving certification.

Nestlé’s built its first factory in Spain in La Penilla de Cayón in 1905.

The company opened its factory in Pontecesures in 1939. Over the years it has helped to develop milk collection infrastructure in the surrounding rural area.

Today, Nestlé has 12 manufacturing sites in Spain. About 40% of its total production is exported, mainly to other countries in Europe.