The U.S. FDA has been in routine contact with the European Union and the U.S. Centers for Disease Control and Prevention to monitor the current outbreak of E. coli O104… 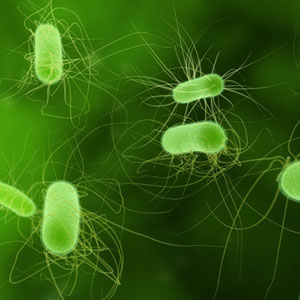 The U.S. FDA has been in routine contact with the European Union and the U.S. Centers for Disease Control and Prevention to monitor the current outbreak of E. coli O104 and to track any illnesses in the U.S. that may be related to the outbreak. The U.S. FDA has been in routine contact with the European Union and the U.S. Centers for Disease Control and Prevention to monitor the current outbreak of E. coli O104 and to track any illnesses in the U.S. that may be related to the outbreak

At this time, the Robert Koch Institute, the disease control and prevention public health agency of Germany, has not yet identified the definitive source of the infectious agent causing the outbreak, but has recommended that consumers in Germany avoid raw tomatoes, cucumbers and lettuce.

The U.S. receives relatively little fresh produce from the EU, particularly at this time of year. Due to the short shelf life of most fresh produce and the availability of growing areas in the U.S. and Central America, the EU is not a significant source of fresh produce for this country.

In response to the outbreak in Europe, as a safety precaution, FDA established certain additional import controls. FDA is currently conducting increased surveillance of fresh tomatoes, cucumbers, lettuce and raw salads from areas of concern.

“When these products are presented for import, we will sample them, and we will analyze them,” said Dara Corrigan, associate commissioner for regulatory affairs, who is responsible for US FDA border activities. “The FDA will not allow any products found to be contaminated to enter the U.S., and, if contamination is found, will flag future shipments for appropriate action. As more information about the source of the outbreak emerges, we will adjust our public health protection efforts, especially those at the border, accordingly.”

“Food growers, manufacturers and distributors are responsible for marketing safe food and taking any steps necessary to ensure that their products are indeed safe,” said Donald Kraemer, deputy director of the FDA’s Center for Food Safety and Applied Nutrition. “The FDA has provided scientific guidance to the produce industry on ways to minimize the risk of E. coli, and these methods will reduce the risk of the strain of E. coli causing the European outbreak as well as the more common strains.”

The FDA Food Safety Modernization Act, signed into law in January, gives the FDA new authority, including authorities related to the prevention of foodborne illness. The FDA is currently developing rules that will require food processing facilities to develop plans that will put in place controls to reduce the risk that food will be contaminated by disease-causing bacteria, among other things. Additionally, the FDA is developing a science-based produce safety regulation to reduce the risk of foodborne illness from produce. The proposed rules should be completed at the end of this year and the beginning of 2012, respectively.

This outbreak has not affected the United States. Produce remains safe and there is no reason for Americans to alter where they shop, what they buy or what they eat. In general, consumers can also help to protect themselves by taking some basic steps to prevent the spread of foodborne disease.

When preparing any fresh produce, begin with clean hands. Wash your hands for 20 seconds with warm water and soap before and after preparation. Wash the produce under running water just before preparing or eating. This includes produce grown conventionally or organically at home, or produce that is purchased from a grocery store or farmer’s market.

Proper storage of fresh produce can affect both quality and safety. Certain perishable fresh fruits and vegetables (like strawberries, lettuce, herbs, and mushrooms) can be best maintained by storing in a clean refrigerator at a temperature of 40° F or below. If you’re not sure whether an item should be refrigerated to maintain quality, ask your grocer. All produce that is purchased pre-cut or peeled should be refrigerated to maintain both quality and safety.