First ever genetic radiography of the wheat used to make pasta 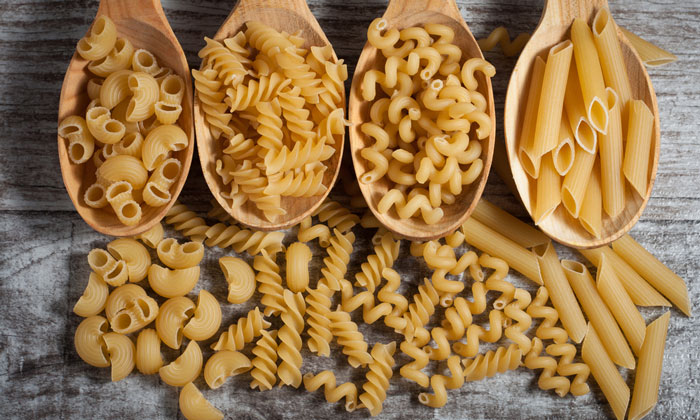 A team of Spanish scientists, with the participation of the University of Granada, has carried out the first durum wheat genetic, phenotypic and geographic adaptation study to date. Durum wheat is mostly used for the production of pasta and semolina in the Mediterranean area.

The researchers have phenotyped a collection of 172 of durum wheat local varieties (landraces) from 21 Mediterranean countries, cultivated along with 20 modern varieties in 6 environments of the north and south of Spain.

Durum wheat is one of the typical Mediterranean crops, given that it requires moderately dry environments with high temperature and radiation during grain growth for its optimum production and quality. Domesticated during the Neolithic Revolution in the Fertile Crescent (Syria, Turkey and Lebanon), as well as bread wheat, durum wheat spread throughout the Mediterranean basin more than 10000 years ago until arriving to Spain, leaving diverse landraces in its path through each region. The geographically closer they were to their center of origin, the genetically closer they were to wild varieties.

Genetic association studies aim to establish the statistical relationship between certain genetic variables and the phenotypic characters they determine, allowing to establish consanguinity relationships between plant populations. Additionally. it allows to establish which genetic characteristics are decisive for the expression of phenotypic traits of interest for the genetic improvement and adaptation of crops to the environmental conditions resulting from global climate change.

The phenotypic traits studied in this work include, among others, flowering time, biomass, drought resistance, foliar architecture, photosynthesis, proteins, yield, and yield components.

The genetic (or genotyping) study was carried out with 44 microsatellites (SSRs) that identified 448 alleles (each of the alternative forms that the same gene may have, which differ in their sequence and that can be manifested in specific modifications of the function that said gene has). 226 of said alleles appeared with a frequency lower than 5%, and there were 10 alleles per locus on average (a fixed position on a chromosome, such as the position of a gene or a genetic marker).

This is the first published study which uses local varieties of Mediterranean durum wheat as well as modern cultivars, showing a solid relationship between genetic and phenotypic populations and the connection of both to the geographical origin of landraces.

In addition, the results of the study have shown that using the correct amount of markers, correctly distributing them in the genome, and if the phenotyping is adequately carried out, great similarities can be found between genetic distances and the adaptive response of durum wheat to different environments, including those derived from the global climate change.

The study has been carried out for three years by a multidisciplinary team composed of geneticists from the Agroalimentary Technology Research Institute of Lérida, the Agrogenomics Center of Barcelona, and the department of Plant Physiology at the University of Granada.

By University of Granada