Frozen product popularity not simply a case of convenience

Although time saving is a factor, parents report more complex reasons for buying prepackaged, processed meals, according to a new study… 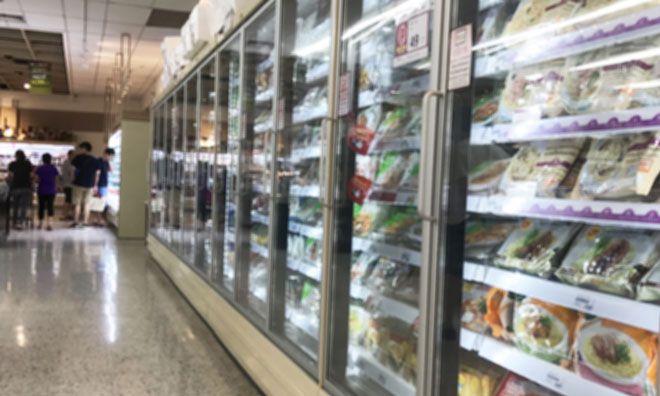 Although time saving is a factor, parents report more complex reasons for buying prepackaged, processed meals, according to a new study published in the Journal of Nutrition Education and Behavior. Processed foods are higher in calories, sugar, sodium, and saturated fat than natural foods, but prepackaged, processed meals remain a popular choice for many consumers because they reduce the energy, time, and cooking skills needed to prepare food. Having items like boxed entrees and frozen dinners available at home can contribute to a poor diet, which led researchers from the University of Minnesota and Duke University to examine reasons why parents purchase prepackaged, processed foods.

Although the majority (57%) of parents surveyed as part of this study identified time savings as a reason for purchasing frozen dinners, the results were more complex. With data from the HOME Plus randomised controlled trial, researchers used a psychosocial survey to assess the motivation of parents in buying prepackaged, processed foods. Nearly half (49%) of parents reported buying ready meals because their families really liked the meals, one third chose processed foods because children could help prepare them, and more than one quarter (27%) preferred the cost savings of frozen dinners.

“Because of the convenience and marketing of prepackaged, processed meals, it is not entirely surprising that most parents buy frozen dinners to save time on preparation,” lead author Melissa Horning, PhD, RN, PHN, said.

Previous studies had shown a link between purchasing frozen dinners and the desire to save time, and the researchers also found a link between parents working more hours per week and choosing to purchase prepackaged, processed meals. Likewise, indicating any reason for purchasing frozen dinners other than “They are easy for my child to prepare” was linked to parents have lower cooking self-efficacy and meal-planning ability.

The results of this study raise some concerns, namely that choosing prepackaged, processed meals was linked to less fruit and vegetable availability, greater availability of less nutritious foods, and lower cooking self-efficacy and meal-planning skills. The researchers suggest that future studies address these concerns.

“If parents are not confident in their ability to cook, prepackaged, processed meals are an appealing but less nutritious option,” Horning commented. “Parental attributes of self-efficacy for cooking healthful meals and meal-planning ability are modifiable, however, and new research should confirm our findings and explore interventions to enhance parents’ skills and abilities.”