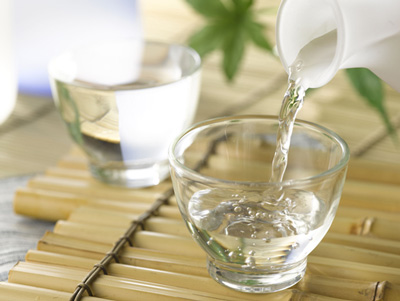 Scientists at Hiroshima University have identified the genetic mutation that could ruin the brew of one particular type of yeast responsible for high-quality sake. Two types of sake considered especially high-quality are daiginjo-shu and junmai-daiginjo-shu and are often made using the yeast K1801. Different brewing yeasts, whether for beer, wine, or sake, create different tastes in the final product due to factors such as how they make the sugar-to-alcohol conversion and the by-products that they release as part of many biosynthesis pathways.

A previously identified mutation in K1801 is a desirable change that makes the yeast produce high amounts of ethyl caproate, the chemical that acts as the major flavour component of many varieties of high-quality sake and creates a fruity taste.

A different mutation, newly identified by this research team, is potentially devastating for brewers because it causes a defect in how the yeast grows and divides. The risk of a ruined brew from this potentially dysfunctional yeast is a liability for industrial-scale sake production, where consistent production with stable quality is essential for brewers.

A genetically engineered version of K1801 that had normal growth but maintained high production of ethyl caproate was also built and used to brew sake in the laboratory.

“Our small-scale brew indicated that this version of the yeast without the growth-related mutation should maintain the high quality expected of daiginjo-shu,” said Dai Hirata, PhD, from Hiroshima University.

However, the Japanese market will not accept sake made from genetically modified yeast.  The next step for the research team is to begin screening potentially thousands of K1801 yeast cells until they can find a natural mutant with only the desirable mutation.