Microbes in grape juice may predict flavour metabolites in wine

The microbial mix found in grape juice during the winemaking process may help shape the terroir of a finished wine, report food scientists… 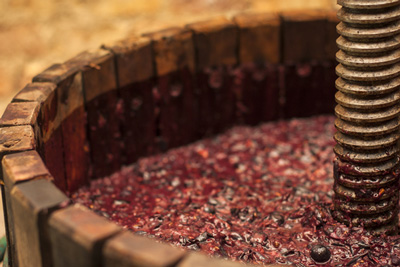 The microbial mix found in grape juice during the winemaking process may help shape the terroir of a finished wine, report food scientists. In a study, the researchers from University of California, Davis found that the microorganisms found in must – freshly-pressed grape juice, before fermentation – can be used as biomarkers to predict which metabolites will be found in the finished wine.

In the future, winemakers might use microbial analyses to improve their products by identifying bacteria and fungi associated with desirable metabolites, or by finding troublesome taxa before they cause spoilage or other problems during fermentation

The process of making wine begins when grapes are harvested and pressed into must. David Mills says he and his collaborators wanted to know if the microbes in must – as well as in later stages of fermentation – could be used to describe a winery-specific microbial population.

They used high-throughput gene sequencing to identify individual microbiomes in each of nearly 700 samples of must and wine, collected in 2011 from eight stages of the fermentation process.

The researchers measured changes in the abundances of particular bacteria and fungi taxa during the fermentation process and correlated the microbiome of the must to the metabolome of the finished wine. Their results corroborated previous studies that identified some bacterial families – including Enterobacteriaceae, Pseudomonas, Sphingomonas, and Methylobacterium – that increase during fermentation. These microbes don’t have a well-known role but may still contribute to fermentation performance and wine flavour.

Researchers have long sought to understand the science underlying a wine’s terroir – how the climate, soil, and other environmental factors influence the regional characteristics of a wine. In the last few years, many scientists have turned their attention on non-pathogenic bacteria and fungi, either in the soil or on the grapes. Mills cautions that the new study suggests – but doesn’t prove – a microbial influence on the terroir of a wine. “We don’t know the relative contribution that the microbes play in the eventual flavour and sensory characteristics of the wine,” he says. At the same time, it does represent a step toward in that effort, by demonstrating how microbial populations can predict metabolite abundances – even before fermentation.

It’s unlikely that bacteria and fungi could ever be used to completely synthesize every aspect of terroir, Mills says, since a wide variety of known and unknown environmental factors leave their fingerprint on a wine. But “maybe we can modulate flavour simply by finding the right correlated microbes.”