Posted: 25 May 2016 | Victoria White, Digital Content Producer | No comments yet

The effects of low milk prices and a cold, wet spring across Europe have combined to push butter prices upwards, says Greenfields Ireland… 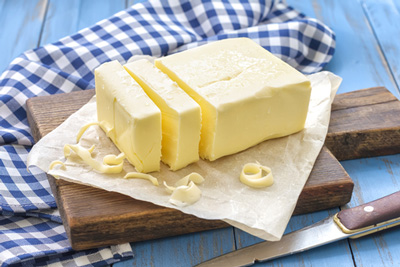 The effects of low milk prices and a cold, wet spring across Europe have combined to push butter prices upwards. The news leaves food companies exposed to the risk of rising raw material costs, which could hit their profits further if they don’t take action now and lock into a fixed price deal, says the international dairy trading company.

Between 15 April 2016 and 24 May 2016, the price of butter futures to October 2017 on the European Energy Exchange (EEX) jumped by €349 per tonne to an average of €3,012 – an increase of 13% over this period, illustrating the highly volatile nature of this important commodity.

Preparing for “bumps in the road”

Ian Thomas, Managing Director of dairy trader Greenfields Ingredients, the UK division of Greenfields Ireland, said: “Food manufacturers have become accustomed to the idea that there is too much milk and that prices will continue to fall. Until recently, that’s been the case. However, milk is a natural product and its production is particularly subject to climatic conditions and, when coupled with the current commercial pressures, prices can rise sharply. As such it’s always wise to prepare for bumps in the road when prices might shoot up, just as they have in the past month or so.”

He continued: “Lower-than-usual spring temperatures and significant rainfall have prevented farmers from getting their dairy herds out on to fresh pasture. In addition, due to the poor returns they are receiving for their milk, they have chosen not push production. The latest jump in butter prices is a direct consequence of these factors and prices have risen much earlier than expected.”

How long this price surge will last is unknown, says Greenfields. However, food companies have the option of hedging against further volatility by using one fixed-term price models offered by companies such as Greenfields.