Mintel research finds that Germany is taking the European lead in “raw” launches, having introduced one out of 10 “raw” food products in the region in 2015… 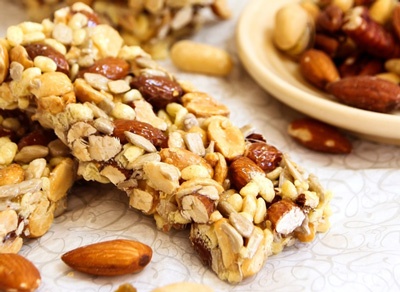 As raw food diets are hitting the mainstream, a growing number of “raw”-labelled food and drink products are launching in Europe. New Mintel research finds that Germany is taking the European lead in “raw” launches, having introduced one out of 10 “raw” food and drink products in the region in 2015. This is more than double compared to 2014, when only 4.5% of the total “raw”-labelled products were introduced in Germany. Meanwhile, France – the second biggest player in the European “raw” field – accounted for 8% of product launches last year, followed by the UK (7%) and Finland (5%).

While Germany’s launch activity is currently the highest in Europe, “raw”-labelled products still only accounted for 1% of all natural-positioned food and drink launches in Germany in 2015. Nevertheless, from that small base, “raw” introductions have shot up dramatically last year: out of all “raw” food and drink products launched in Germany in the past four years, almost half were introduced in 2015 alone.

Commenting on the trend for “raw”, Julia Büch, Food and Drink Analyst at Mintel, says: “The raw diet promotes the consumption of uncooked, unprocessed or minimally processed food and drink as a means of a healthier lifestyle. The concept is based on ingredients that have been heated to a temperature below 48°C in order to preserve enzymes and nutrients. While the raw market is still very niche, it offers plenty of opportunities for manufacturers, as the healthy lifestyle trend takes off in Germany.”

The trend towards more natural options has made inroads in the German food and drink sector for some time now, as consumers grow increasingly wary of additives, allergens and chemicals in food.

“The raw concept takes sought-after health properties a step further, offering not only the benefits of natural ingredients, but also of a more nutrient-preserving production process. The concept of unprocessed foods is attractive not only to strict raw foodists, but also a much wider consumer base looking for healthy products helping them to feel energised and lose or maintain weight,” Julia adds.

Yet, the “raw” label is not only a trend for fresh produce, but also for other foods such as snack bars, chocolate treats and spreads. According to Mintel’s Global New Products Database (GNPD), snacks are the leading category when it comes to “raw” launches, accounting for three in 10 (32%) “raw” launches in Germany between 2014 and 2015, followed by dairy (18%), chocolate confectionery (12%) and bakery (8%).

Snack bar launches featuring a “raw” label have shot up from 5% of all total snack bar introductions in Germany in 2012 to 15% in 2015. This comes as the “raw” trend seems to hit a nerve with snack bar consumers, as two in five (42%) Germans think that conventional bars are too processed.

The Mintel research shows that consumer interest in raw chocolate in Germany is also high, as almost seven out of 10 (68%) Germans have either tried or would be interested in trying raw chocolate. This attitude is mirrored in the increased launch activity in Germany. While still accounting for just 1% of total chocolate launches, the share of raw chocolate introductions has increased six-fold (580%) in Germany between 2012 and 2015.