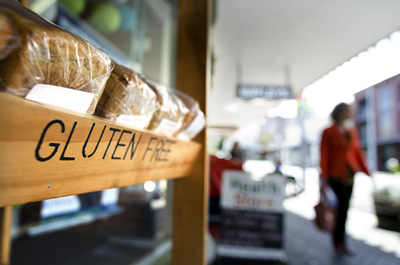 New research from Mintel reveals that the free-from phenomenon has well and truly taken hold in the UK. The report states that the market growth comes as a result of free-from users widening their repertoires, with almost half of those who eat or buy free-from saying they are likely to eat more free-from food in the next year. What’s more, Mintel forecast the market to grow further, to reach £673 million by 2020.

According to the report, over the past six months, a third of Brits have bought or eaten any free-from foods, with 22% buying or eating gluten-free products, 19% dairy substitutes (for instance soya cheese), 16% wheat-free and 16% lactose-free.

Additionally the growth in the market comes alongside a rise in product innovation. Mintel research shows that 12% of new food products launched in the UK in 2015 carried a gluten-free claim, up from 7% in 2011.

Kiti Soininen, Head of UK Food, Drink & Foodservice Research at Mintel said: “The free-from market enjoyed remarkable growth in 2015, and further growth is likely to come from the existing pool of users intending to spend more. The growing availability of free-from food and drink products at mainstream supermarkets has allowed established users to widen their repertoires, with easy availability potentially prompting more regular use. ”

The ‘health halo’ of free-from

The Mintel report found the top reason free-from users cite for eating free-from foods is because it makes them feel better, for example healthier, with two in five giving this reason, whilst one fifth say they eat these products because they are trying to lose weight.

“The ‘health halo’ of free-from foods is a key driver of uptake and has resulted in a much larger group of users than the limited number of actual or suspected allergy or intolerance sufferers. However, this leaves the free-from food category exposed to changes in consumer opinion and media coverage. The importance of health in driving uptake also means that companies need to ensure that nutrition profiles are best in class.” Kiti adds.

Indeed despite the ‘health halo’, Mintel research shows that the nutritional credentials of free-from food do however matter, as over half of those who eat free-from would stop eating these products if they thought these were less healthy than standard offerings, for instance if they were higher in fat or sugar.

On the other hand, the Mintel report found that the biggest barrier to free-from food purchase is price. Two fifths of Brits who do not eat or buy free-from food say it is too expensive compared to standard food. This is followed by taste, with 22% of non-users saying free-from products do not taste as good as standard alternatives, while one fifth say the quality is not as good as that of standard food.

“Among non-users, price remains a key barrier to wider adoption of free-from foods. This comes as little surprise given that the free-from variants of many staple foods are noticeably more expensive than the standard ones. The growth of the market should bring about scale benefits, helping to bring down prices to some extent,” Kiti concludes.